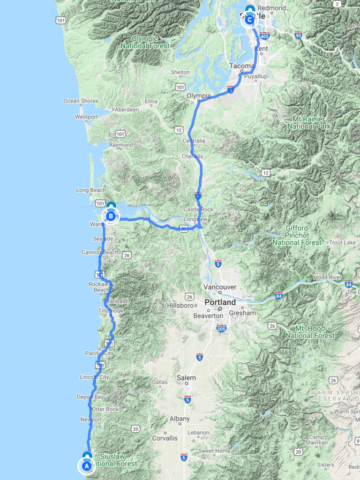 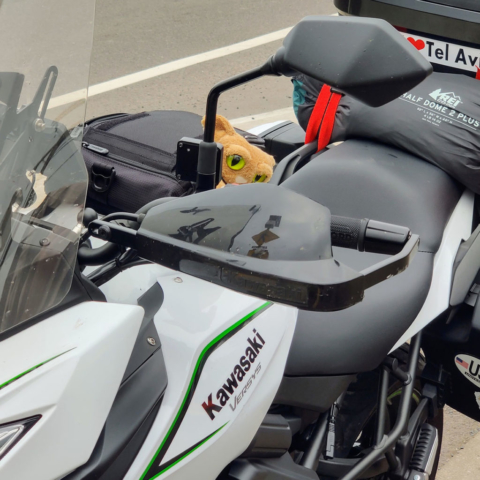 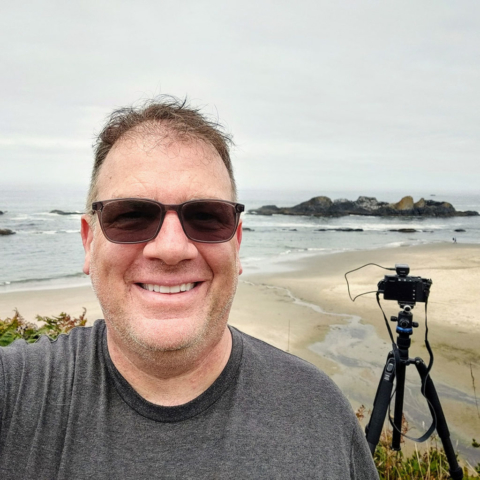 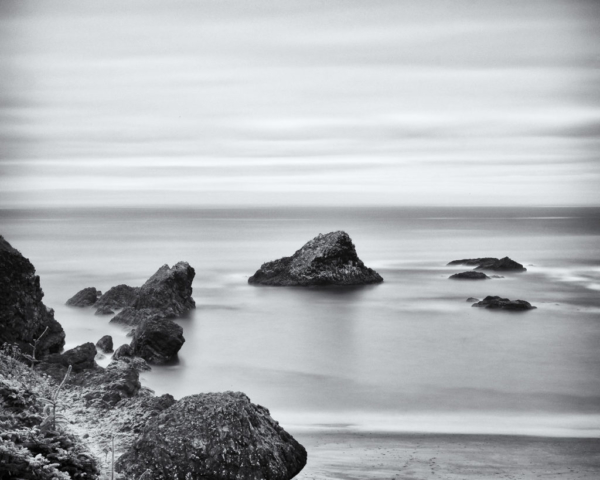 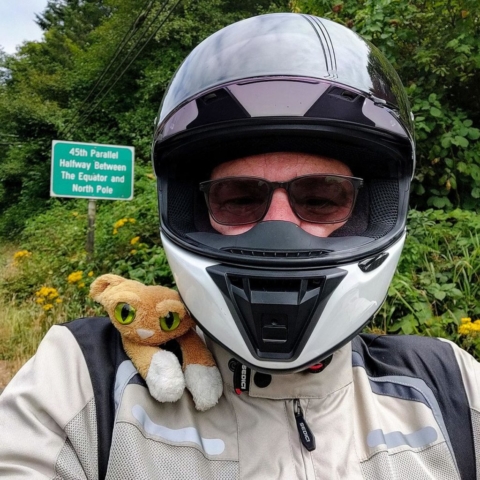 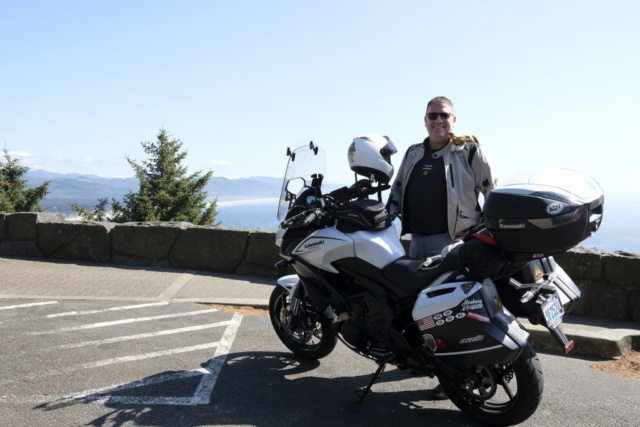 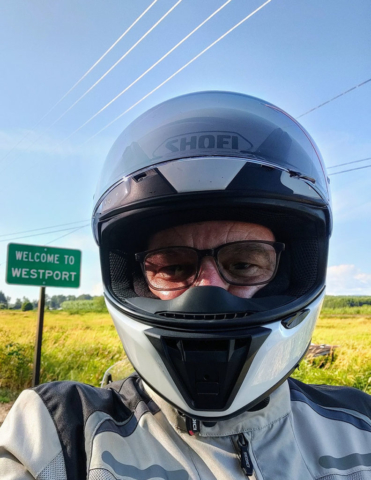 The day started a bit early. I found a coffee place where I was able to get a couple of bagels without the CBD or green-tea infused cream cheese, and then got on the road. Griffith the Traveling Mountain Lion hung out of my tank bag today, watching the coast go by.

Heading north out of town I realized that I should have gone just a bit further before picking a motel because there were much better options that surely would have been cheaper as well.

North of town I arrived at Seal Rocks, where I spent a bit of time doing some more long exposure photos from the bluff overlooking the beach. Then I continued north along the bulk of the Oregon coast. The road dives up and down to the coast with varied views along the way up until somewhere near Lincoln City where it moves mostly inland for a while.

Also near Lincoln City, I passed the 45 north line. I suppose I passed it on the way south as well, but either it wasn’t marked or I missed it. In any case, I’ve now been on a motorcycle over the 45 degree line both north and south. Perhaps a bit strange that I should have done the south one first.

Eventually, the road rejoins the coast near Rockaway Beach and stays with it up to Astoria.

I would have loved to continue up the Washington coast a bit beyond Astoria before heading east to Olympia, but with the stopping for photos and occasional snacks/drinks along the way, it was already getting late. The Garmin Zumo XT GPS that I got for the bike has been very accurate in predicting arrival times so far and it was indicating sometime after 7:30pm assuming no stops. I headed east on the south side of the Columbia River to Westport where I bought gas. There’s a ferry there that crosses to the other side of the river and I gave it a thought, but it would have been a significant delay and I decided to leave it for another time.

The road continued east to the Lewis and Clark Bridge that crossed into Washington and put me back on I-5 north to Seattle. This late on a Sunday, there was little traffic and not much slowdown in the Tacoma-Olympia construction zones.

I’ve now visited three Westports. Some of you care.