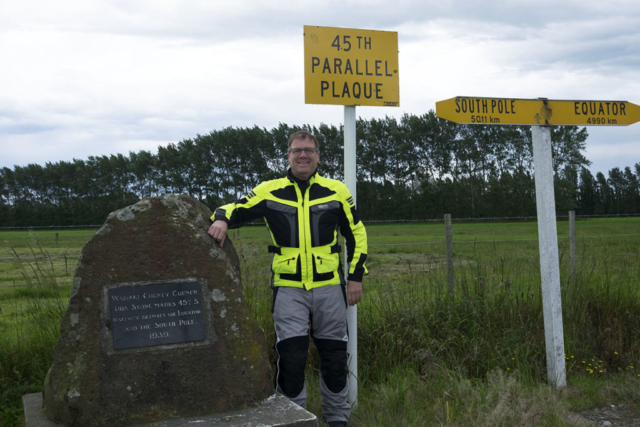 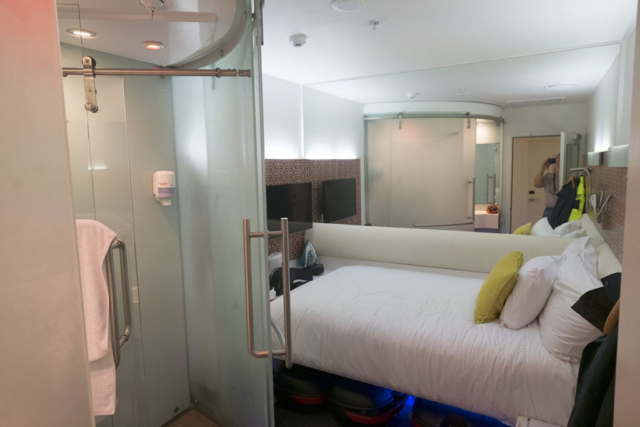 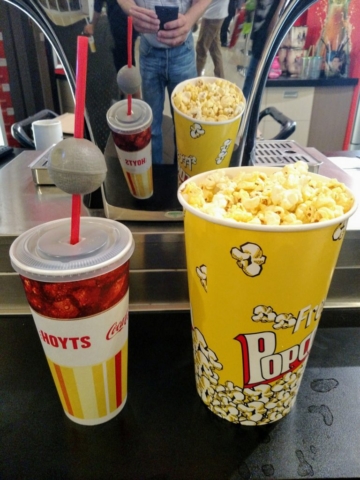 And movie plans at midnight. Because, I win!

An uneventful and eventually beautiful day of great riding between Dunedin and Christchurch. Not many pictures because I was just taking my time and taking it all in.

I started in somewhat foul weather and a somewhat foul mood. It was cloudy and a bit rainy early so I dressed for that and had a couple of granola bars and tea in the room because I didn’t feel like seeking out a place to eat in the commercial section of town where I was staying.

Heading north on the coast route, I rode through Oamaru which is an old Victorian-era town and proudly the capital of NZ Steampunk. There’s a Blue Penguin colony near the old harbor, but the penguins can be seen only in the early morning and late evening, when leaving or returning to their roosts. In retrospect, I should have come here last night and seen penguins rather than staying in Dunedin and seeing the brewery. Sorry Ahren, next time.

Soon after, I said goodbye to the lower quarter of the world, crossing the 45th Parallel for the last time heading north. And why is it 5011km to the South Pole but 4990km to the Equator if you’re on the 45 degree line? Because earth isn’t a perfect sphere!

Stopped in Timaru for fuel and lunch. By the time I was done, the clouds were scattering and the sun was out. I stripped out the waterproof liner, swapped for perforated gloves, lost my light fleece layer and got back on the road.

There were clear blue skies over the mountains inland while it was still cloudy close to the coast. I missed the Inland Scenic Route on my way south because of weather and decided to make up for it. Soon I left the coastal road with it’s heavy trucks behind and rode into the rural Canterbury Plain. What started as a bad day turned very, very good with the sun shining and the fresh air blowing through.

I finally entered Christchurch through Riccarton and stopped at the Westfield shopping centre. As a single, I was still able to get a decent seat for tonight’s movie. Sorry USA, I will see it 18 hours before any of you. That’s the secret purpose behind the whole trip. I just wanted Star Wars bragging rights. Back again next year for Part VIII.

I’m staying at the Breakfree, one of the new hotels in the slowly-rebuilding center of town. As it’s only two nights, I saved a few bucks by opting for an interior room with no window. Compact, efficient and everything I need. When I’m back at the end, I may opt for a window unit.

Friday I expect to head north for a few days, with the exact plans subject to change based on weather and my mood. I want to see a bit of the northern mountains and would love to make it up to the Queen Charlotte Sound. Earthquake-related road closures mean that any such attempt will be the “long way around” and some of it may have to wait for a future trip.

Dinner at the hotel, then the movie at midnight.

Update: Made it back to the room about 3am. I got my Death Star straw. Never seen those before.

One thought on “NZ Day 15: Goodbye Bottom of the World”