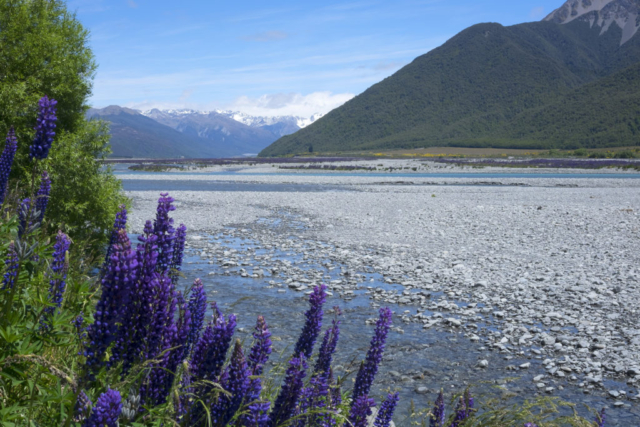 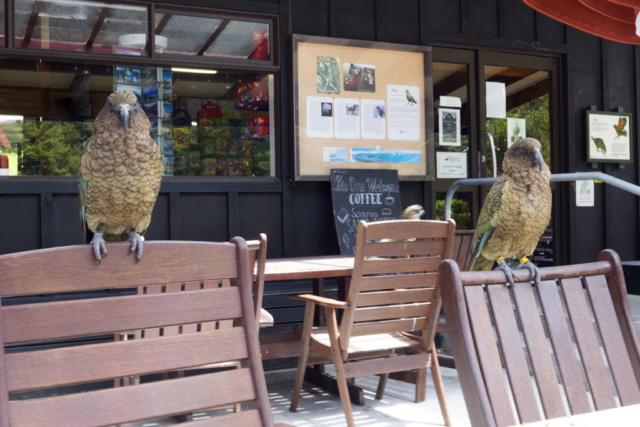 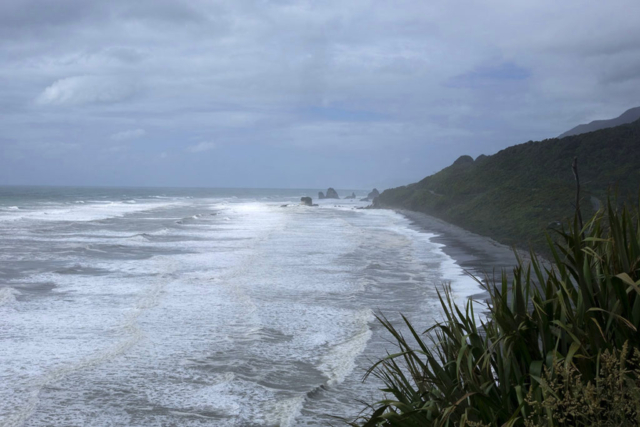 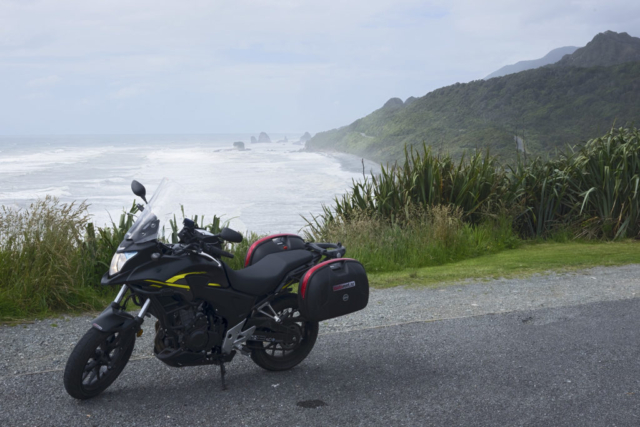 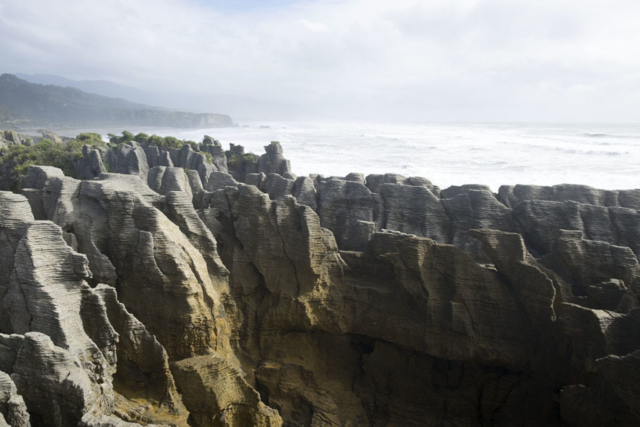 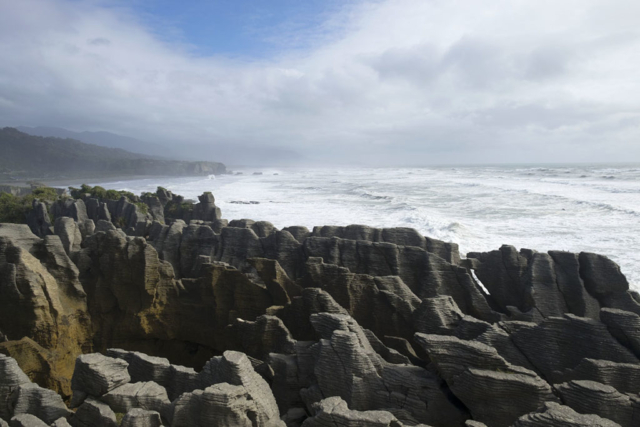 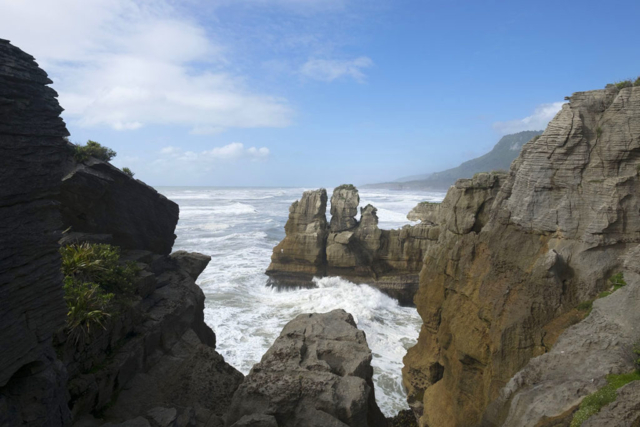 No update yesterday as I just bummed around Christchurch, met with an online friend and joined the local Skeptics in the Pub chapter in the evening.

I left Christchurch this morning after repacking and leaving both the top box and a small duffel at the hotel. That alone has made it a lot more fun to ride long-distance. The extra weight and I think particularly the weight in the top box is really noticeable on some roads.

My friend suggested the Old West Coast Road to Arthur’s Pass. Nice riding until I got up into the mountains where the wind kicked in and things got chilly. I stopped for photos and to add an extra layer, then continued up. Beautiful roads and riding, with only a handful of minor delays for construction. I passed a number of smaller ski areas – low-key old-school places that I would probably enjoy – as well as hiking tracks, small lodges and wildflowers everywhere.

Near the top of the pass I stopped for lunch and to commune with the kea, who are the world’s only alpine parrot. They enjoy chewing on various plastic and rubber car parts, so beware.

On to the cloudy west coast

It got a bit misty going over the pass, but that quickly cleared as I descended. I took my friend’s advice and detoured over to Lake Brunner before heading to the coast and Greymouth.

Greymouth was the last sizable town where I would find fuel for a while, so I stopped before continuing to the Pancake Rocks, a weird sedimentary formation eroded over the millennia by wind and water. The northern part of the west coast is somewhat reminiscent of northern California or Oregon but has it’s own distinct character.

This area is obviously far more influenced by rain than the snow and glaciers that dominate the southern landscape. You can see it in the plants, but even more so you see it in the rivers and streams. Coming over the pass the rivers were still aqua-blue glacial in origin. North of Greymouth they are more reminiscent of rivers I’m familiar with elsewhere, fed by rain or snowmelt. They’re clear, but not blue-green clear.

I got in to Westport, walked around for a bit and bought food for dinner. Not much going on as their tourist season doesn’t really kick off until next week and the town is quiet even on a Friday night. This leg of the trip is all traditional motels, so the opportunities to socialize are more limited. OK with me, I’m ready for bed.