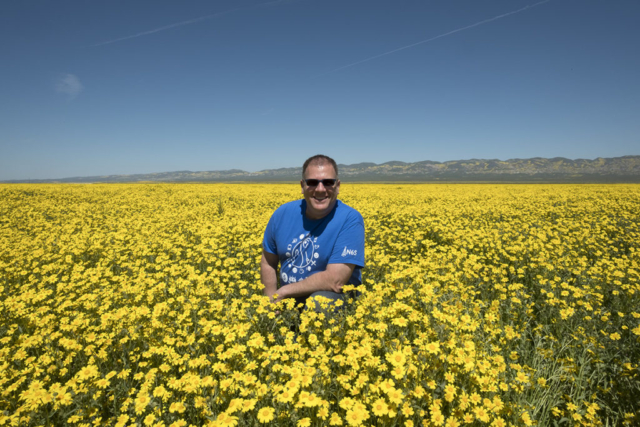 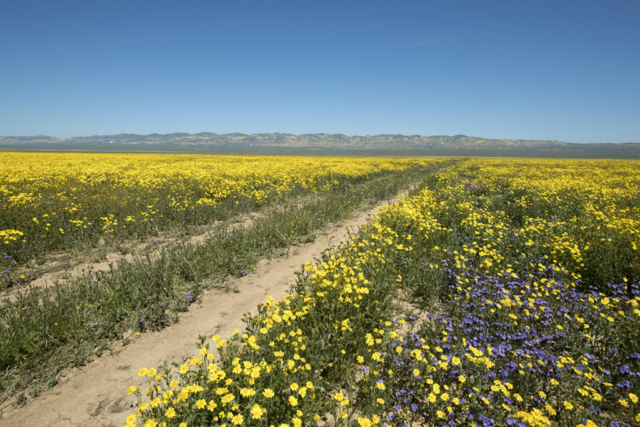 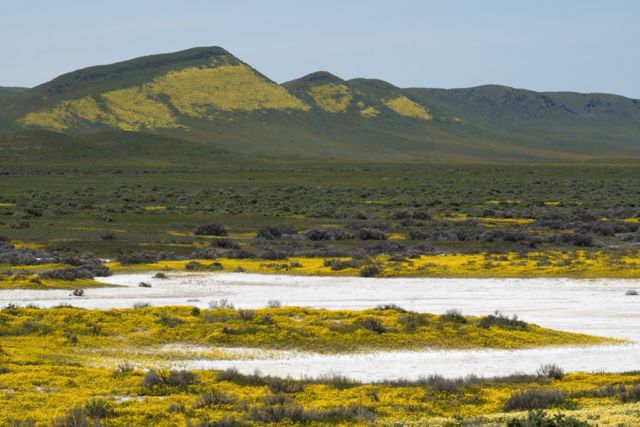 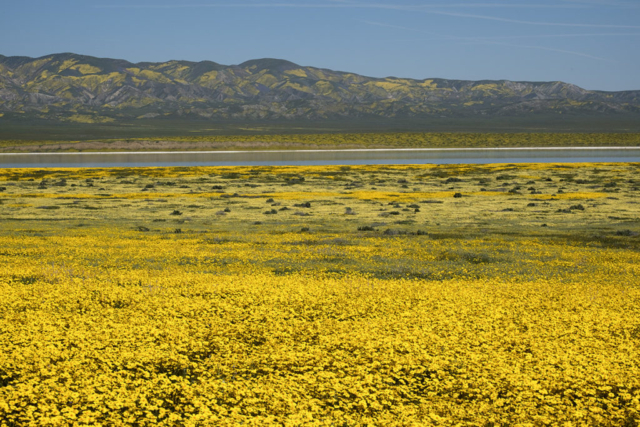 A nice drive up and flowers in bloom

It’s been a while since I really got out of town. Wildflowers in much of southern California hit their peak last weekend while I was away, but decided I would head to the Carrizo Plain today to check out what was there, do some hiking and generally just get away. Good call.

The drive up through Ojai on Route 33 was unremarkable by Route 33 standards. It’s a beautiful road and well worth the drive or ride just by itself. Entered the Plain from the south and headed up Soda Lake Road which is the main route through. It varies between poorly paved and unpaved, with the unpaved sections generally being better. Flowers at the south end are past their peak, but moving north, everything is in bloom.

Not only that, but the surrounding mountains (The Caliente Range to the west and the Temblor Range to the east) are also covered with flowers of varying coloration. I stopped at multiple locations before arriving at Soda Lake where – for a change this year – there is actually some water! Still, it’s easy to see why it got the name. Like many desert dry lakes it’s shores and lakebottom are caked with alkali salts, primarily sodium bicarbonate.

Soda Lake was the last place I saw much of humanity. I continued past it to the northeast, but rather than continuing north and exiting the park on Highway 58 as most sane people do, I doubled back on Elkhorn Road. It’s a rough, single lane unpaved road used primarily to service cattle grazing areas that are still in occasional use here. It runs down the east side of the plain, at the bottom of the Temblor Range.

More on my excursion to the Temblor Range in Part 2.

A complete map of the trip is on Google Maps as always. Link to it here.