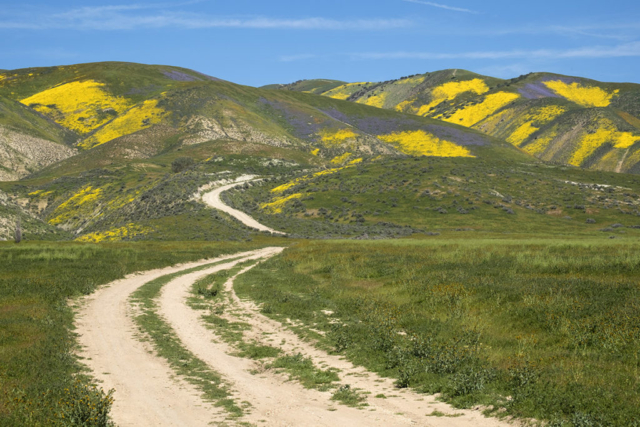 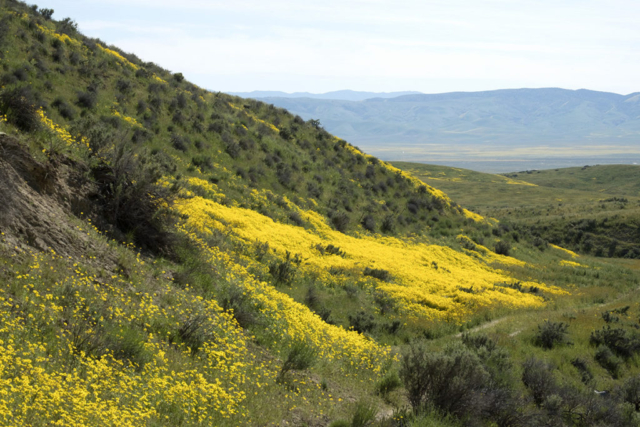 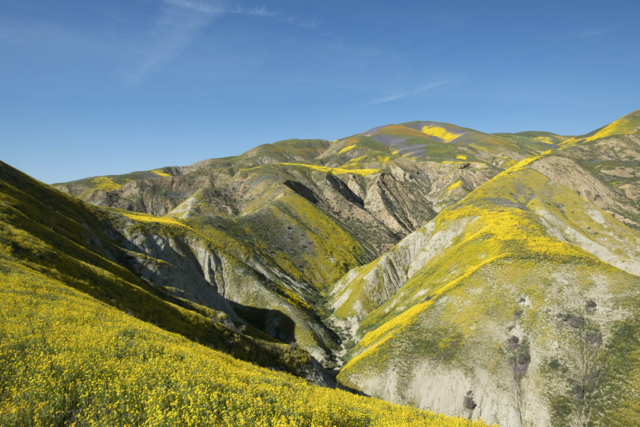 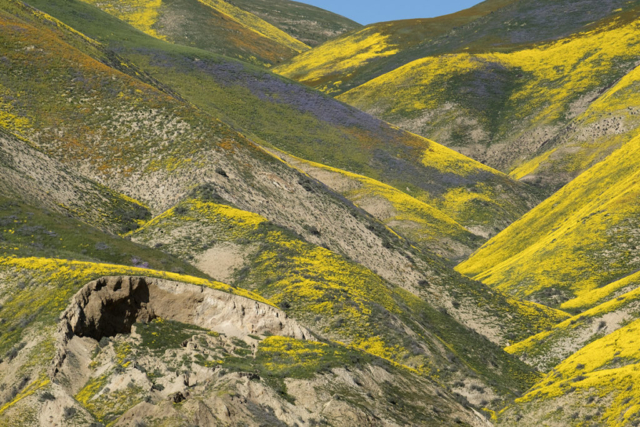 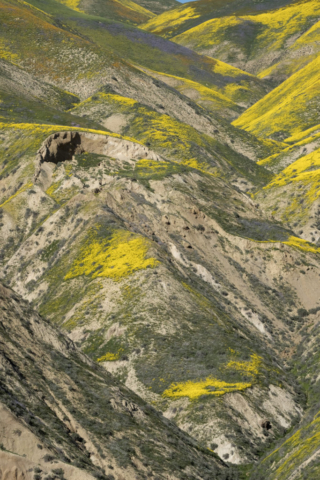 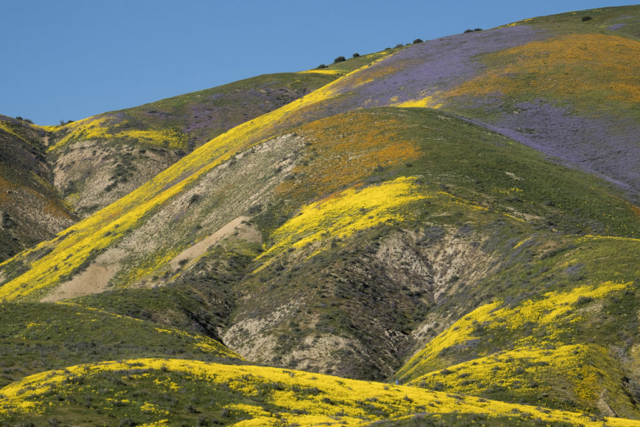 Hiking into the Temblors

Following my trip up the west side of the Carrizo Plain I cut over to Elkhorn Road, which starts out just west of the San Andreas Fault and then crosses it to run along the base of the Temblor Range on the east side of the plain. A small ridge known in various places the Elkhorn Scarp, Elkhorn Hills and Panorama Hills separates this area from the rest of the plain. There is still some occasional cattle grazing in this area, but some holdings have clearly been abandoned, probably due to many years of drought. POther than the northernmost section, Elkhorn Road is pretty deserted right now.

You can hike into the Temblors in a few locations. I hit fenced and posted private land on my first attempt to find good access, though I was able to get close enough for some nice photos. Eventually I came to one that seemed relatively promising given the 5-6 cars parked there and the colors I could see in the hills. It’s accessed through an abandoned grazing area that is still fenced and gated but not posted, so entry is legal.

I didn’t peak out on the Temblors. Instead I did a short hike down along a dry creek that once was the source of abandoned water tanks and other facilities that are still standing. Then I doubled back, rejoined the main trail, and climbed about 1,100′ of a possible 2,300′. The mountains were yellow, orange and lavender. As I hiked up, I went through all those colors – mostly yellow at my elevation, but some with traces of the others as well. I’ve seen desert mountain wildflowers before, but nothing like this.

It must have gotten to me. I found myself singing on the way back down the trail. And I don’t sing. Fortunately, there was nobody to hear my very poor rendition of “Sloop John B.” I have no idea why that one popped into my head.

Exiting the plain the hard way

After making my way down I decided to continue south on Elkhorn Road, rather than doing something sane like exiting the way I came, where the paved roads are. Elkhorn is not the kind of road that a Honda CR-V with street tires should regularly be subjected to, but other than a healthy coat of dust it came through beautifully. After about an hour of moving slowly to avoid tire damage, I exited the plain to the west, finding myself in the small oil town of Maricopa. From there it was an easy drive home.

The map to the whole day’s trip with a few landmarks is at this link.