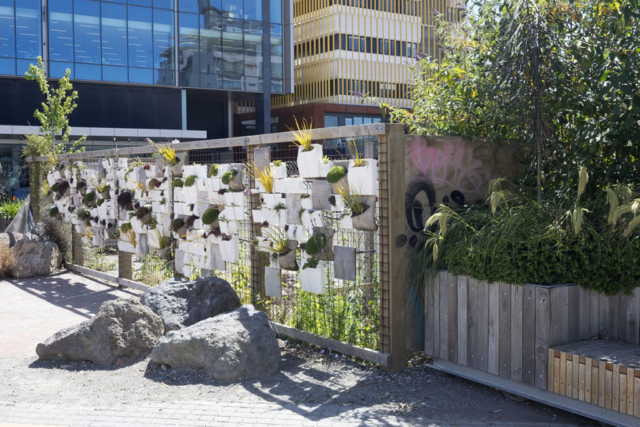 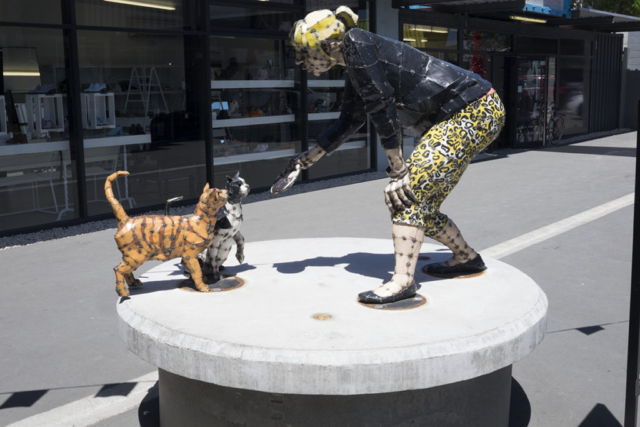 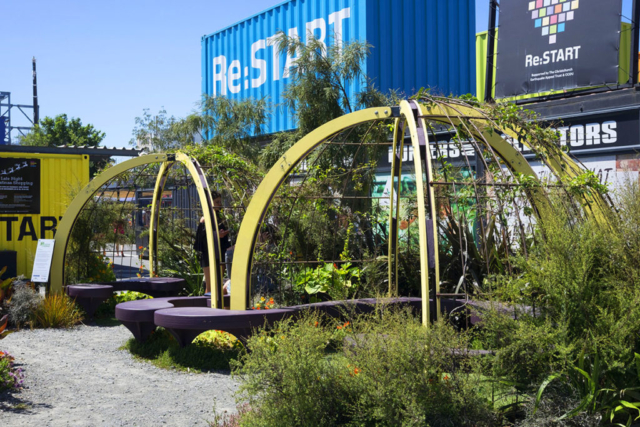 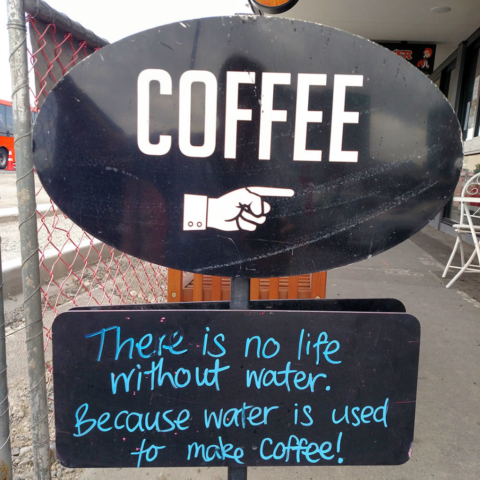 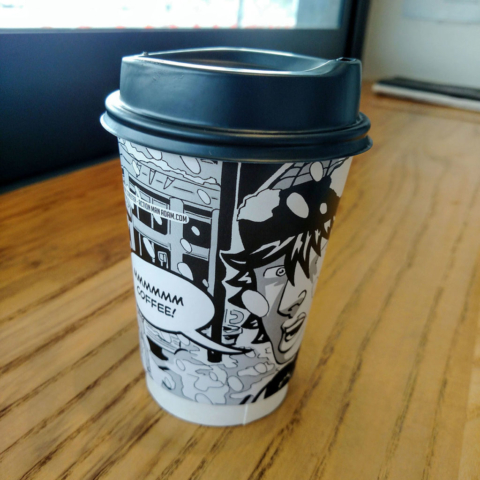 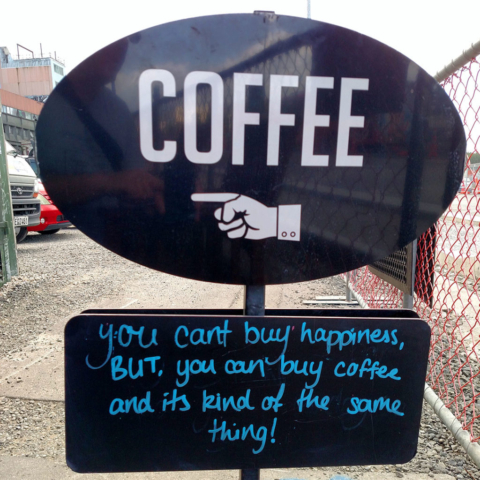 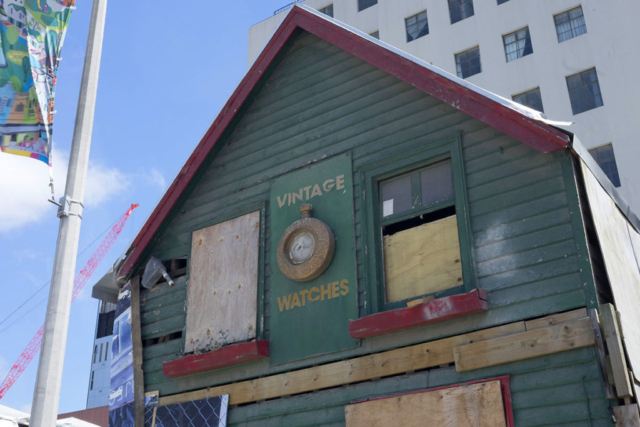 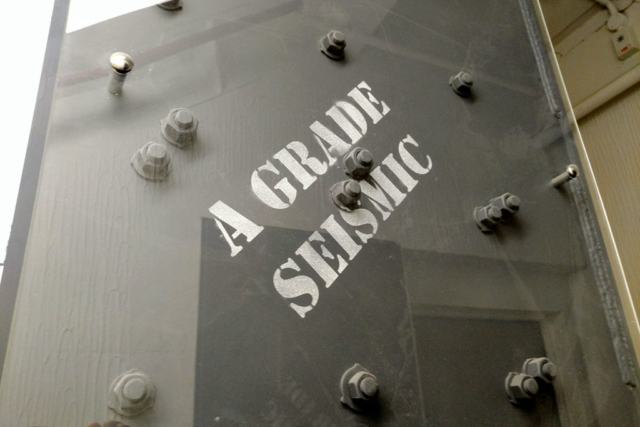 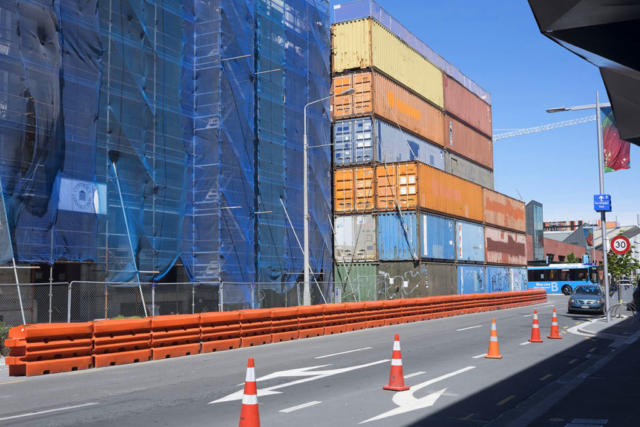 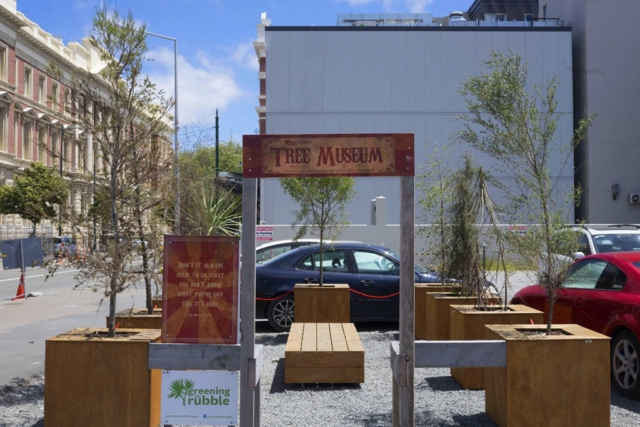 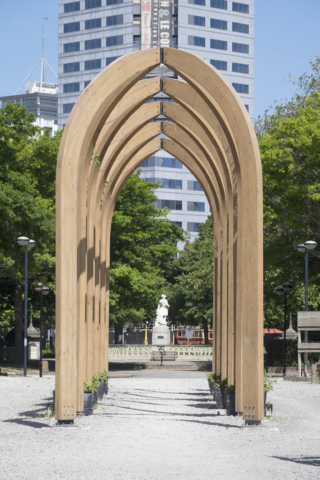 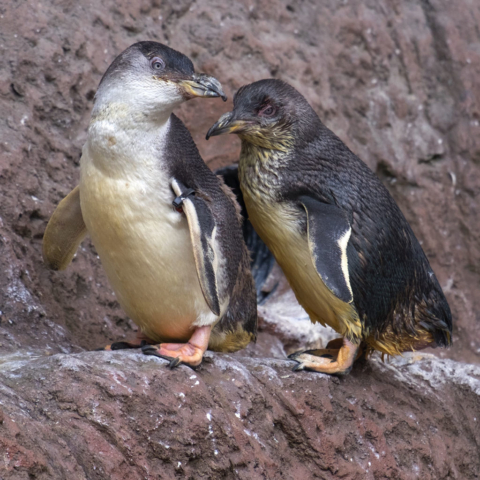 Peeling back the layers of the onion

After returning from the north, I had some notion that I might spend the last day with the bike on a local ride, maybe just to the port of Lyttleton or out to Akaroa.

I woke to a clear but windy day on Tuesday and after spending so much of the previous day riding in body-slamming winds, I decided to stay put. I took the bike over to a self-serve carwash and cleaned off the worst of the bugs, then fueled up and parked it for the final overnight. I returned it Wednesday morning.

I still had my bus pass and made good use of it to explore additional neighborhoods further from the central area. I also kept finding new little things just a few blocks from the hotel. You see more as you spend more time in one place just watching. I call this, “peeling back the onion,” and it’s yielded great photos over the years. Some places are particularly good for that kind of study and I found Christchurch to be one of those places.

The Breakfree is a pretty good place to meet an interesting variety of people. Last week most of the people in the lounge were in town for a telecom sales meeting. Not my usual crowd, but there were a few sales engineers with whom I shared some professional interests. This time we had a youth wind orchestra, a fun and rowdy group of Brits, and a handful of people stopping in Christchurch for a few days before leaving for Antarctica. I befriended a scientist who was going to one of the outlying Antarctic stations and we explored a bit together.

There are lots of little things designed to fill spaces or make some ugly feature (like the big hole in the ground across from the hotel) seem just a little more normal and less uninviting than they might otherwise be. Some of these work better than others.

My second to last day (Wednesday) was beautiful, probably the best I had. I left the camera in the room, we took the bus to the beach and then switched to another to Lyttleton. Had lunch in Woolston, then made our way back to the hotel before heading out for another walk in the other direction. Walkable cities are so nice compared to where I often find myself.

I wrapped things up with a visit to the International Antarctic Centre. It’s right at the airport and a pretty common last stop for travelers to the US given the departure schedule. I checked my bags, walked over to the centre, and stayed until they closed. I watched the Little Blue Penguins waddling around, skipped the interactive Antarctic storm and enjoyed the large-screen documentary. Most of the penguins here are injured rescues.

I walked back to the terminal and breezed through security. Used the last of my NZ cash while waiting for my delayed flight. That was it.

Places and people that made it great

Mop and the whole crew at GoOrange.

Big shout-out to the Breakfree Hotel. Great, convenient place to stay at a decent price for a solo traveler. Everybody was amazing including all the other guests I spoke with. (Well, there was that one perpetually-drunk guy on the 4th floor who always told me to get out of his way, but nothing is perfect.)

And just around the corner, Great Coffee Fast. Not a major production, just a nice place to stop for a hot drink. Glad to see the road works on Manchester seem to be drawing to something of a close and look forward to an unimpeded sidewalk next time.

Ended up at Cassel and Sons at the Tannery a few times. The bartender remembered me immediately even after two weeks and my euro scientist friend enjoyed it too. Nice. I’d go back.

There were so many people and places along the way it’s hard to count or remember them all. On the whole, there were far more people who made it great than not. Well, that one guy on the 4th floor…

Christchurch Skeptics in the Pub.

“Shaggie” from ADVRider, who helped me plan out my last few days on the road.

Motorent. I’ll have more to say in a separate writeup.

The many people who told me to skip Queenstown and head straight to Wanaka.

The amazing people at the Mt. John Observatory.

My various roommates, travel companions and just people I met along the way. I hope to cross paths with some of you again.