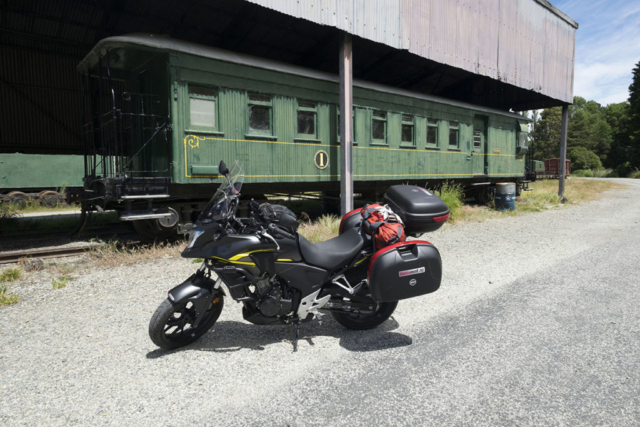 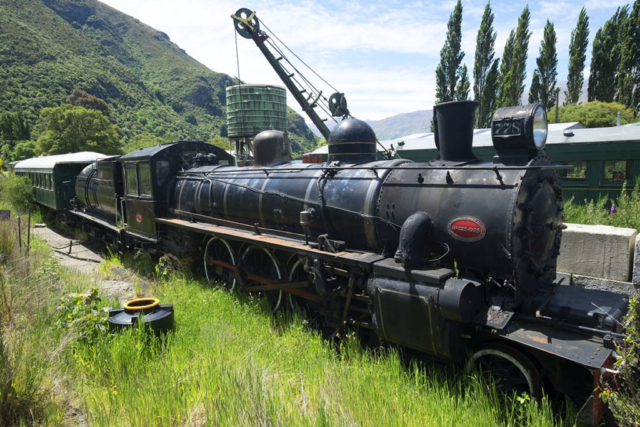 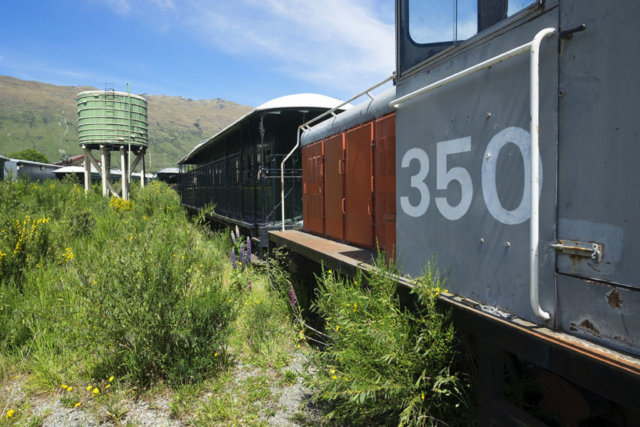 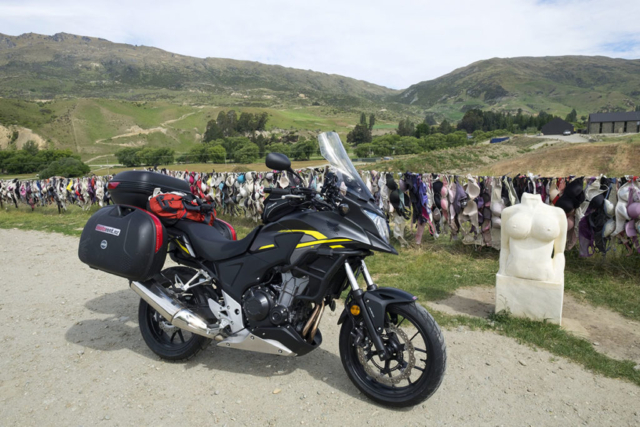 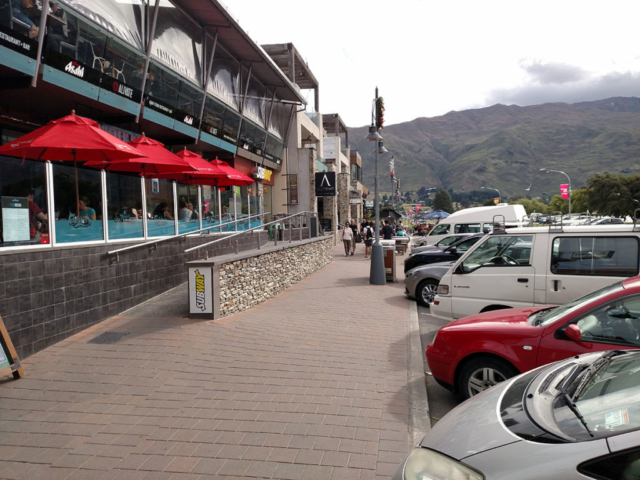 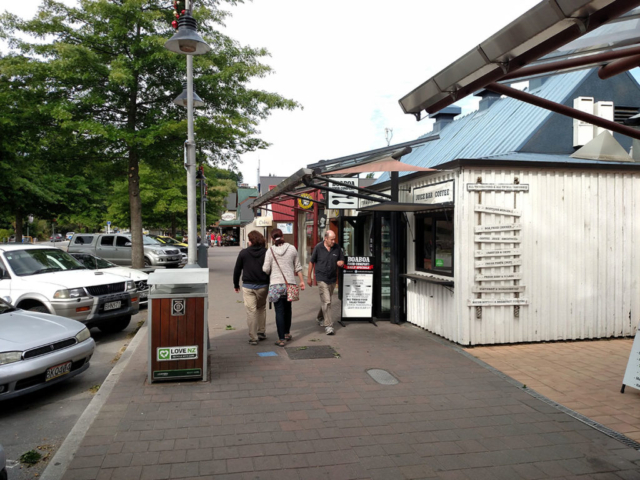 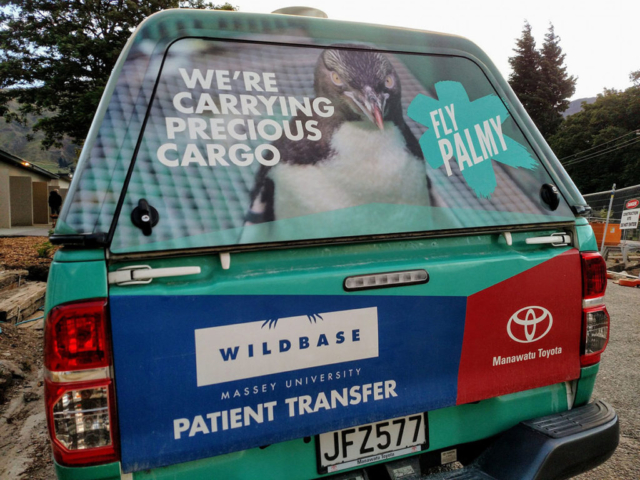 I took my time leaving Te Anau. The weather was supposed to take a turn for the worse and it was time to move on. Said goodby to my Dutch friends over breakfast in town then rode east in warm gusty winds. For the first time I switched to perforated gloves and took the waterproof liner out of my jacket.

After another quick stop at Five Rivers I turned north. I made a lunch stop in Kingston, which was once the end of the line for the railroad that connected to Queenstown by ferry. Seems that portions of the railroad have been revived several times as a tourist attraction but just didn’t make it. It’s tough to make money running an old steam railroad, even in places where there’s a lot of tourist traffic.

I ate the sandwich I brought for lunch and kept moving north along the lake.

For the first time in New Zealand I ran into a true traffic jam on the outskirts of Queenstown. After finally escaping that zoo, I made my way up and over the Crown Range pass to Cardrona. Finally, enjoyed a nice easy downhill to Wanaka where my holiday park accommodations are a bit less pleasant than what I had in Te Anau, but still OK.

Wanaka, I was told, would be a better spot for me than Queenstown. Hard to say as I’ve only seen the core resort town, which seems pretty typical for a resort. Not the crowds and traffic I saw on the outskirts of Queenstown, but it’s more “upscale resort” than I usually like. Will have to explore more tomorrow.

The scenery is great, but winds are strong. The winds brought me a roommate. We were on the kayak trip together in Doubtful Sound and have now crossed paths here. She’s sick of a staying in a tent in the wind and I have extra space in my cabin. Hard to tell what tomorrow will bring, as forecasts differ. I let myself get too upset about this earlier and the roommate calmed me down a bit. Whatever comes up, I’ll just work around. I may have to adjust quickly, but that’s OK. I’m not here to hit a punch list of items and I’ll do what makes sense.

Also, the Kiwis really love their penguins. Our neighbor in the next cabin over seems to be a penguin medic (penguimedic?).