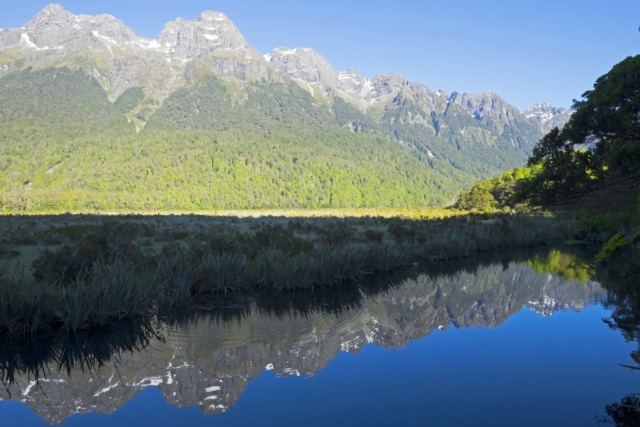 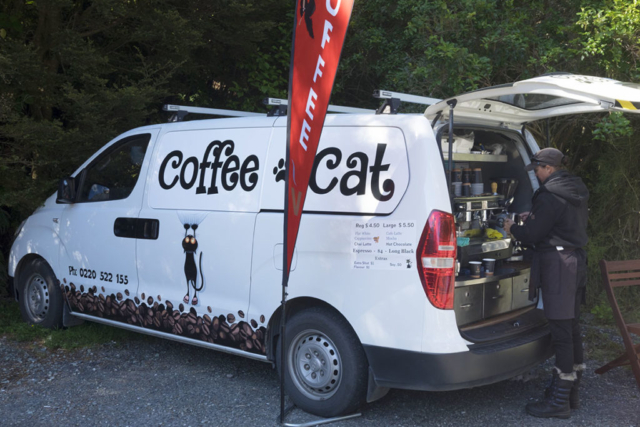 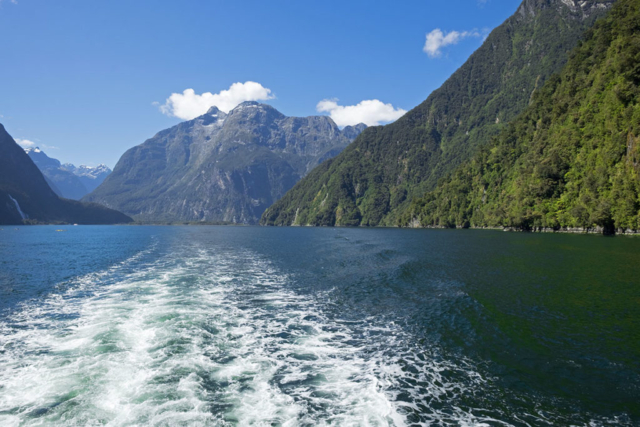 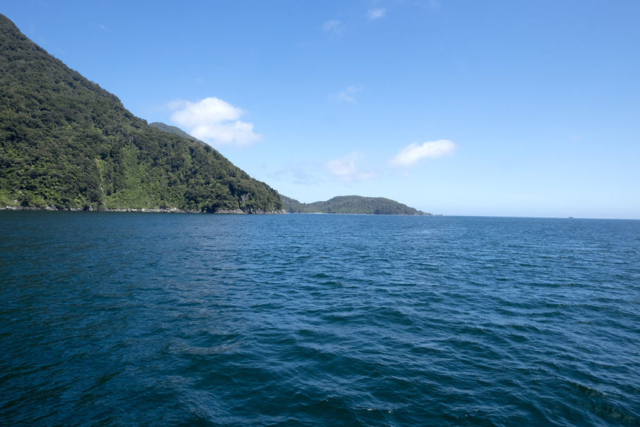 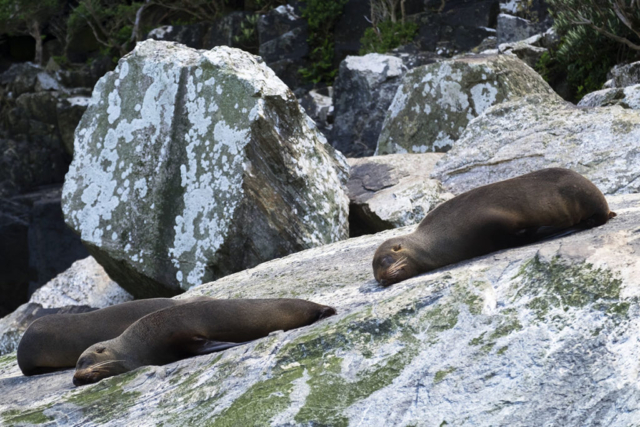 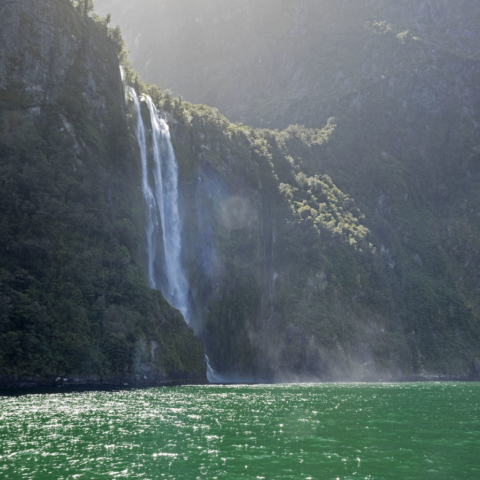 I shared a ride to Milford Sound with the two Dutch women I met in the lounge at the holiday park. I had been a little apprehensive about riding this road alone on a motorcycle because of the possibility of encountering bad weather on a narrow, winding, heavily trafficked highway. Also, the idea of having company seemed nice. I almost regret that choice, as the weather was picture-postcard perfect and the ride would have been fun. But, as it turns out, so was “three people in a campervan set up for two.” We explored the numerous stops along the road and discovered there is feline-themed espresso out in the wilderness.

By sheer luck, the next departure from the cruise terminal after we arrived was on a smaller boat. It took us through the fiord out to the Tasman Sea and back with much closer passes along the sides of the fiord than the bigger boats can safely manage. Hard to do justice to the scenery.

The clear skies and warm weather inland meant we encountered a very strong breeze. I remained out front on the upper level despite the chilly wind and occasional spray. One other woman stayed out there with me, despite having far less appropriate clothing for the conditions than I did. She was obviously north American but I couldn’t quite place the accent. Eventually I asked, and she told me. Montreal. That would explain her “not thinking this was particularly cold” attitude.

On the way back in we saw the fur seals sunning themselves. Towards the end of the trip, the boat went nose-in to one of the smaller waterfalls, spraying the two of us with fresh glacier melt while everybody else ran for cover. I thanked her for staying out there with me and sharing the experience, as my Dutch friends had disappeared to warmer and drier spaces. Never did get her name.