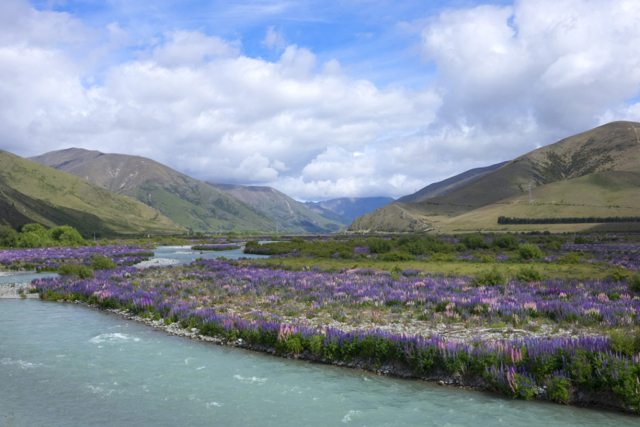 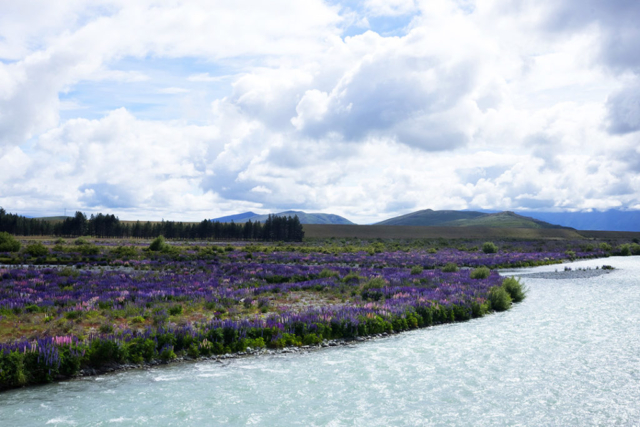 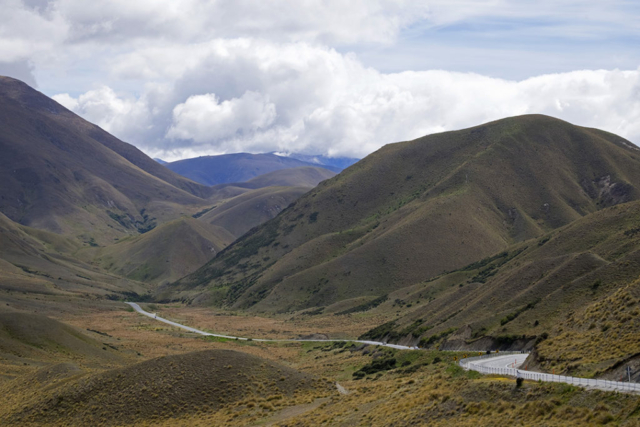 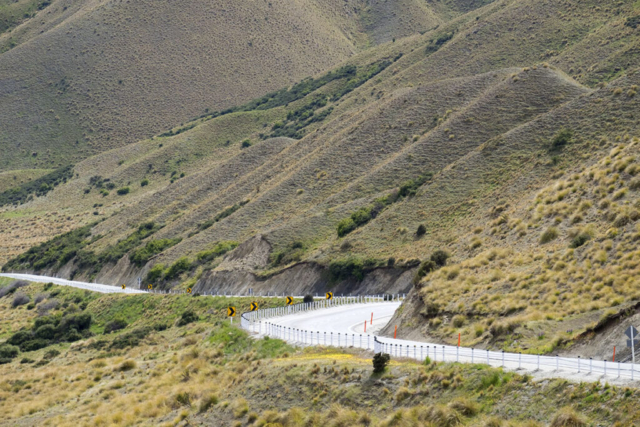 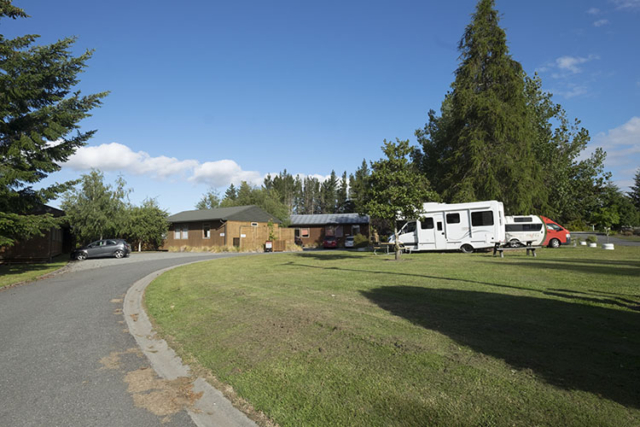 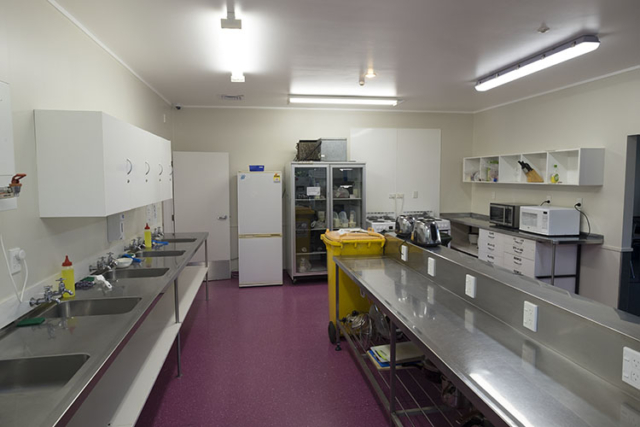 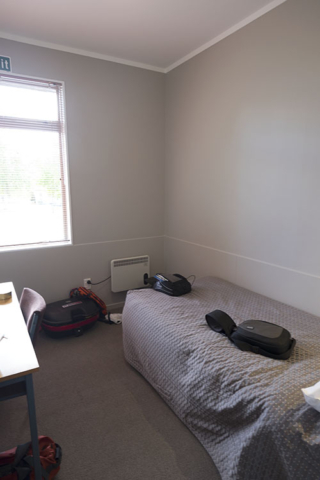 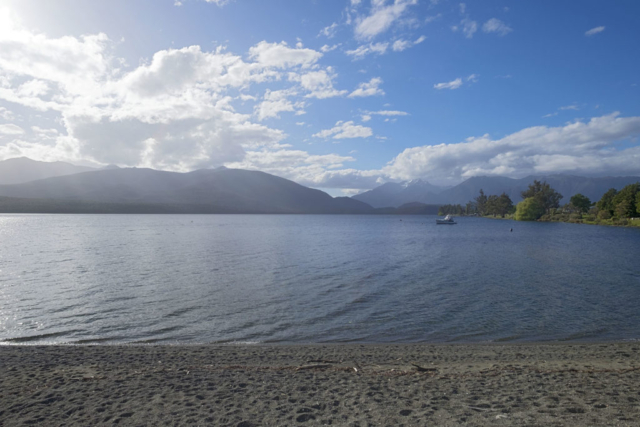 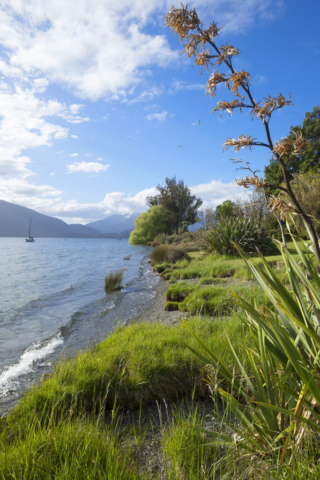 Leaving Omarama, you head up the Lindis pass that separates the MacKenzie where I had been, from the Lindis Valley where I was going. It’s a particularly gorgeous road this time of year with wildflowers dotting the shores of the braided Ahuriri River. As I rode higher, the wildflowers yielded to other types of vegetation and the everpresent sheep munching on it. I took things slow, stopping frequently to get some photos and let faster traffic go by.

I met a group of motorcyclists during one of the stops. They were headed along the same route to Invercargill, where some sort of motorcycle event is taking place. I enjoyed riding with them for a couple of hours. Their attitude was much like mine: not going too fast, stopping frequently for conversation and to let some slower people catch up, enjoying the road, the scenery and the occasional cafe as we made our way down. They had come from Wellington on the ferry, then cut across to the east coast below the earthquake closures rather than deal with rain on the west coast. A mixed group, men and women with a variety of different bikes, completely lacking the “boys club” attitude and the brand-specific tribalism I encounter so much in the US (yeah, “MC culture,” Harley, and BMW guys, I’m looking at you!). I enjoyed riding with them, which is unusual for me.

Dropping into the Lindis Valley, the landscape changed again with the sheep and other agriculture yielding to vineyards. This is Pinot Noir country. We continued through Cromwell to Queenstown where I said goodbye to my riding partners, had a quick lunch, and bought more fuel. Immediate impression of the outskirts of Queenstown is that it’s like any other big resort town. South Lake Tahoe, or maybe Park City next to a lake. I had been warned of this. I’ll check it out on the way back, but have already heard enough that I’m beginning to think it won’t be an important stop for me.

The ride continued along Lake Wakatipu south of Queenstown, then down to Five Rivers where I stopped for hot chocolate at a small cafe. While stopped briefly for some roadwork, I met a couple of guys on Ducati Multistradas and rode with them for a bit. Despite having more than double my power, they also weren’t inclined to go much faster than me on my little Honda. I’ve been warned that this is the wrong country for speed-freaks and that patrol vehicles looking for speeders are pretty common. Really beginning to feel like this is the perfect bike for my riding, especially on these roads and at speeds rarely exceeding 100kph. After the Five Rivers stop, it was less than an hour’s ride to Te Anau.

I decided not to camp and instead got a room at the holiday park on the outskirts of town, which is immaculate and perfect for my needs. A small single with a bed and table that sort of reminded me of a college dorm room minus the dresser and closet. Shared facilities including group kitchens, lounges, laundry, bathrooms, showers, etc. were clean and well set up.

It’s Sunday night and a bit quiet, but as was the case in Tekapo, it seems that most people think of rooms and campsites as being for sleeping, with cooking, eating and other activities in common areas. That’s a nice setup for me. Sitting in the lounge, I’ve become friendly with two dutch women I had met briefly two days ago, when we all stopped on the outskirts of Tekapo to take pictures. We’ve decided to share the ride to Milford Sound tomorrow.

This is a pretty perfect holiday park and I suspect they won’t always be this good. But I’ll enjoy it as long as I’m here.

The sun remained high over the lake until long after dinner.