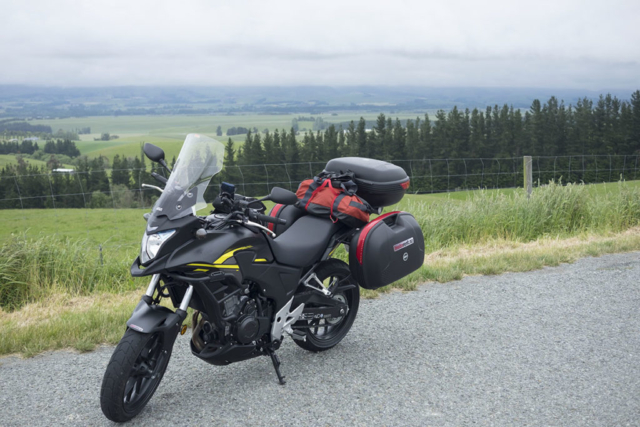 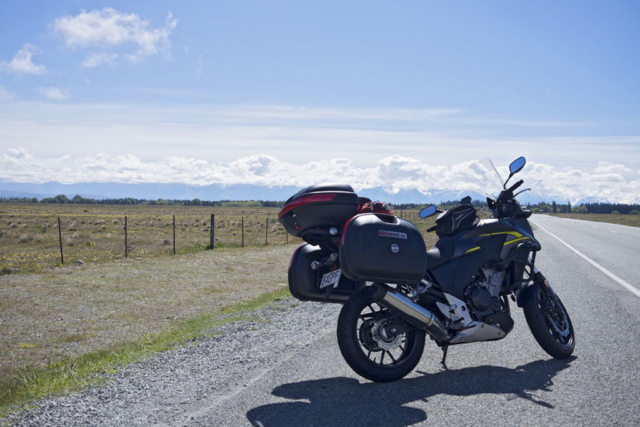 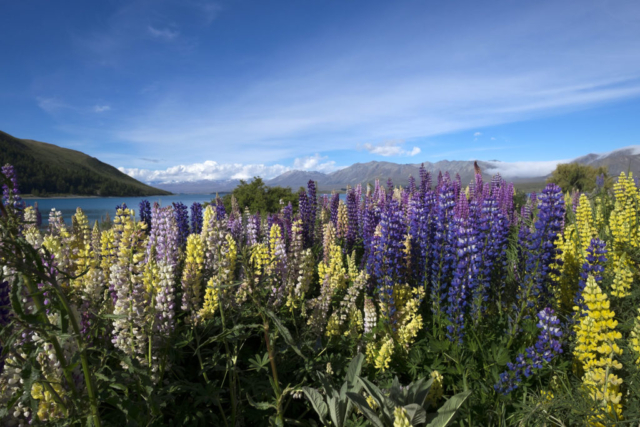 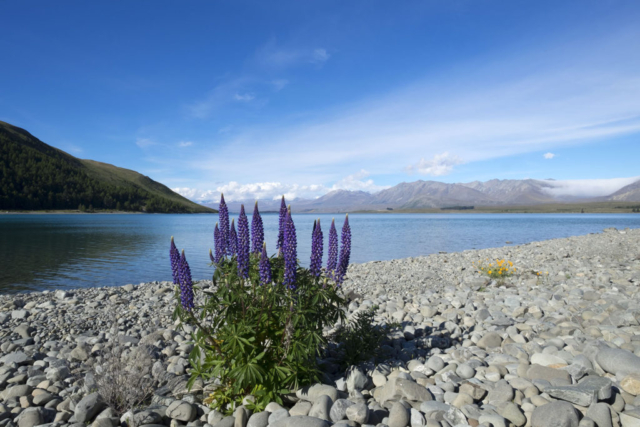 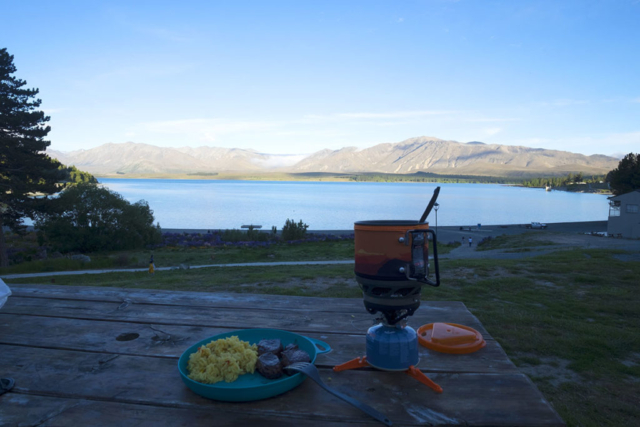 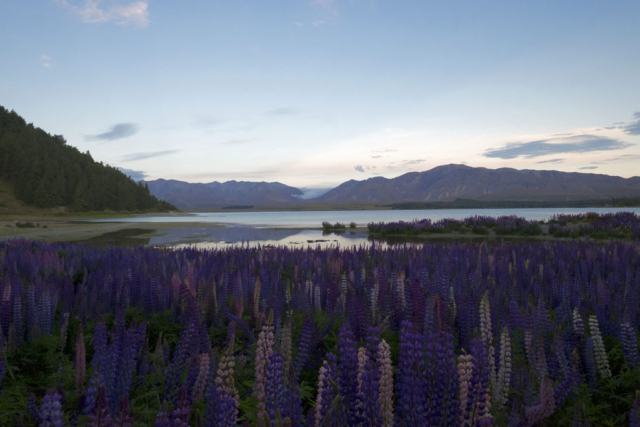 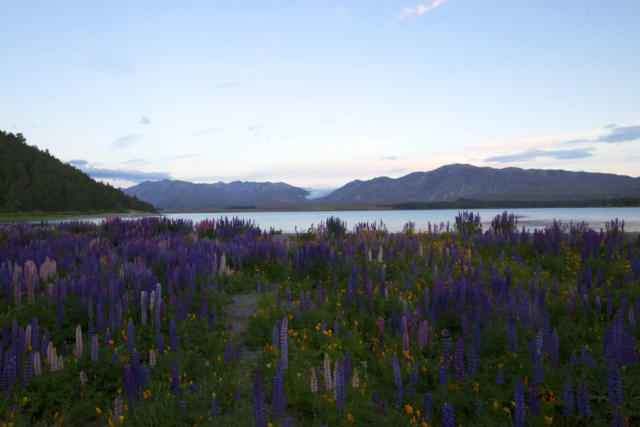 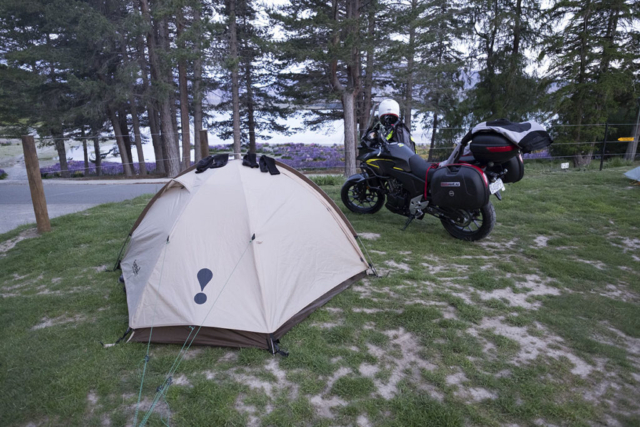 Finally on the road!

Posted December 5. First of several updates today now that I have internet

Picked up the motorcycle in the morning and made my way back to the hotel where I packed my gear. By the time I was done, the light drizzle had turned into rain. I decided to skip the idea of taking the Inland Scenic Route in favor of the main road heading south, and stopped for a late breakfast at a little place near the hotel.

It never cleared where I was, but the forecast kept saying it had. I took the advice of the woman in the cafe and got on the road. Within five minutes I lost the rain and the weather began to resemble the forecast, which I guess was for the airport, rather than areas closer to the coast. I was already familiar with the Honda 500, and comfortably rode in a mix of overcast and light mist south to Rangitata then inland and up into the foothills. Mixed weather turned to clear blue skies as I went uphill and approached Tekapo.

By the time I got to Tekapo the weather was near perfect. I set up the campsite, met my neighbors, grabbed my camera and went for a walk. The campsites in this holiday park are a lot closer to each other than in most US parks, and don’t offer dedicated tables or cooking space. As a result, people seem to interact much more than I’m used to which is nice.

Wildflowers were in bloom around the lake and skies were clear with some clouds coming in over the mountain passes. On the way I picked up food for dinner in the village and cooked in the common area with some of the others I met there. There’s a decent kitchen, some outdoor grills and tables, and a lounge.

One of the few things I booked in advance was a trip up to the Mt. John Observatory, in the middle of the Dark Sky Reserve that surrounds Tekapo. Skies started out almost completely clear, so I could see the Southern Cross and Magellanic Clouds with my own eyes for the first time. Got a nice look at the Alpha Centauri twin stars through a 9″ telescope and both the Orion Nebula and NGC104 through their 16″ scope. I’ve viewed the skies through similar or larger scopes near Los Angeles, but the darkness of the skies here made for views that are unavailable near any large metro area.

That’s me in the center of the photo with the headlamp on (yellow headband). Almost directly above me the Southern Cross is visible through the light cloud layer that came through late in visit. High above are the Large and Small Magellanic Clouds. Of course, the Milky Way is hanging across the sky from lower right to upper left.

I got back very late. I sort of expected that the next day might get cut short as a result.