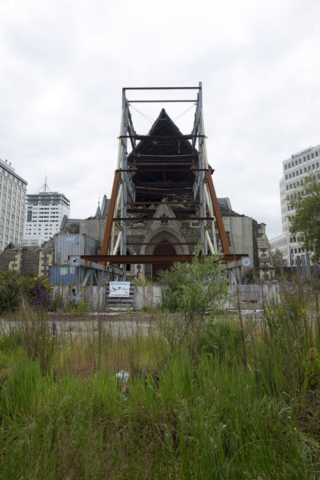 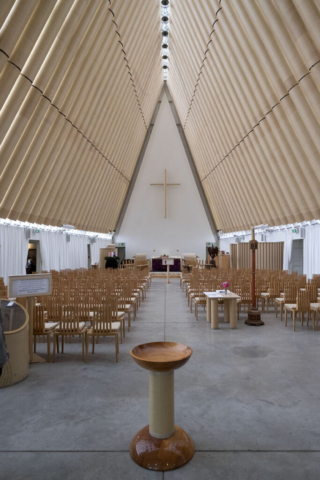 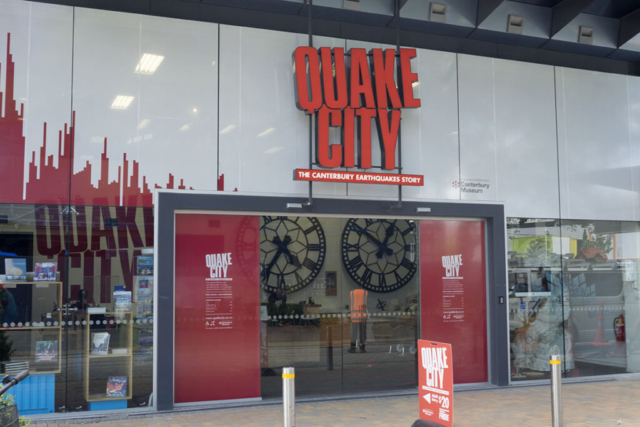 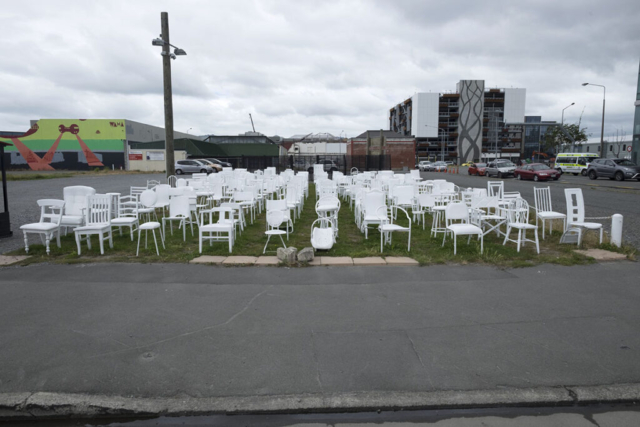 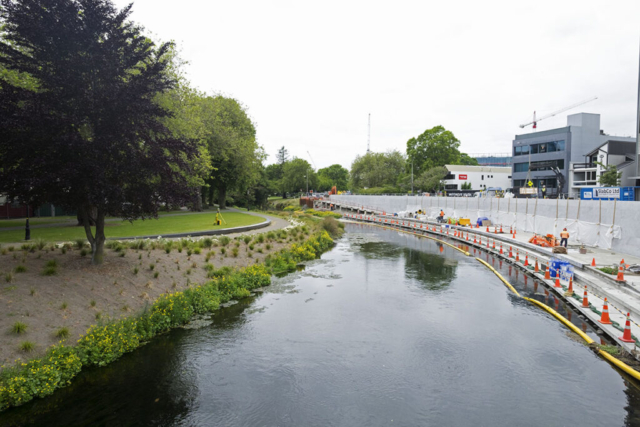 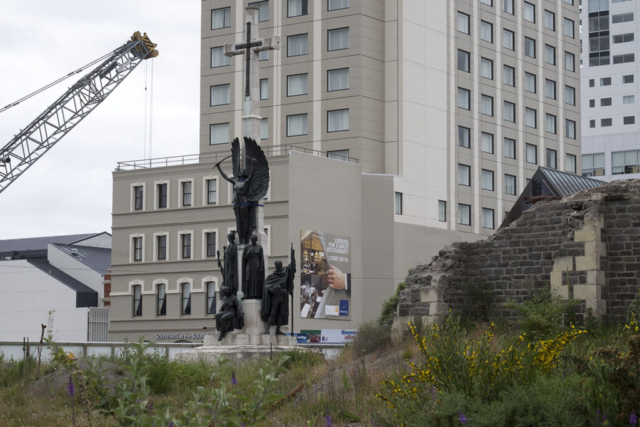 There’s lots to see in Christchurch. I’m from Los Angeles, where I’m an LAFD volunteer. So I tend to want to check out earthquakes and what other people have done about them. Christchurch wasn’t really affected by the recent quake except for the longer-term transportation issues, but is still recovering from the devastating duo that hit six years ago.

Even for those of us who have experienced earthquakes elsewhere, it’s hard to comprehend how big a deal the 2010-11 quakes were for Christchurch until you’ve walked around and seen the city. Almost six years later, the demolition of the unsafe buildings is not complete and full reconstruction is still many years off. The old cathedral is an obvious centerpoint, but signs are everywhere. From the vacant lot near my hotel where old residential foundations are still visible, to the temporary (“transitional”) shopping areas, to the ever-present construction/demolition cranes and equipment.

What’s less obvious until you think about it, is how much has been done. I didn’t think about it initially, but my hotel – located in a fairly old part of town – was at most a couple of years old. So was the much fancier one across the street, and the one a block south. In fact, most of the buildings in the neighborhood, including the residences, were either new or newly refurbished. Entire neighborhoods had to be reconstructed and in some cases abandoned, in which case they had to be replaced with new construction elsewhere.

This should be no surprise. After a major disaster the first requirement is for rebuilding of critical infrastructure, then for living, shopping and work spaces. The visible tourist attractions and civic structures that define a city’s appearance to the outside world are necessarily a lower priority. I like to keep in my mind that my hometown New York suffered proportionally much less destruction on September 11th than Christchurch did during the Canterbury Quakes. The US and New York also have far greater resources available to devote to the task of rebuilding. Yet here we are 15 years later still rebuilding the neighborhood surrounding the World Trade Center. By that standard, the ongoing reconstruction in Christchurch seems to be proceeding at a completely reasonable pace.

The initial memorial to loss of life during those events (“185 Chairs”) is looking a bit forlorn as attention seems to have shifted to the almost-complete permanent memorial. There are many “transitional” buildings, including the “Cardboard Cathedral,” (officially the “Christchurch Transitional Cathedral”) that are in use with little to no clear indication of when their functions will be transitioned to anything else, or even what the permanent replacement might be. As was the case in California after 1994, the first large public structures to receive attention were hospitals and other emergency services facilities. Gradual reconstruction of the Christchurch Hospital at the center of town is ongoing. But it took us more than 15 years to update facilities in California after Northridge, so there really is nothing surprising about this.

The cathedral can not be used in it’s current state, but there is significant opposition to demolishing and replacing it outright as the church initially suggested. Multiple plans have been floated for rehabilitation of what can be saved and reconstruction of the rest. I’ve heard a final plan may be approved before I leave.

Of course there’s a “Quake City” exhibit, which was interesting.