Up to Mt. St. Helens and Home 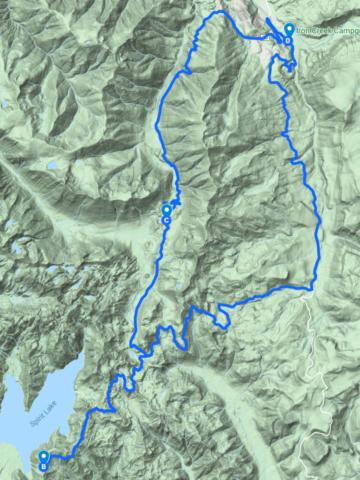 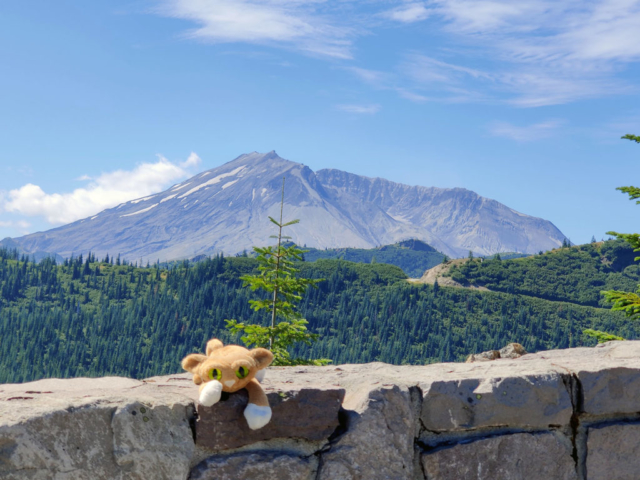 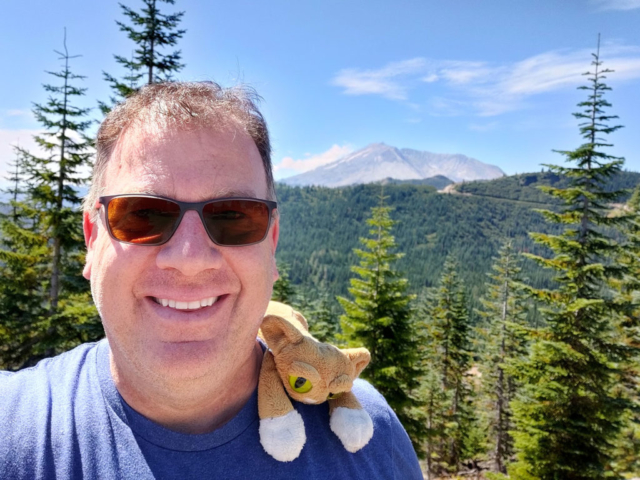 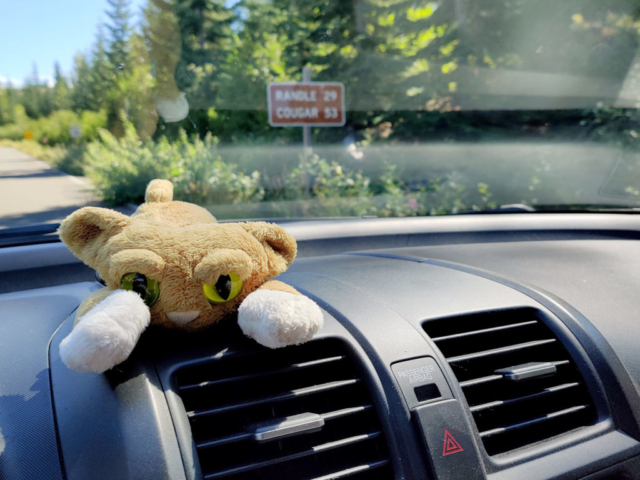 Woke up a bit earlier this morning. Again, found some buried coals that were still putting off heat and toasted my last two bagels. The cooler continues to keep cream cheese, butter and everything else nice and cold.

Packing up camp was pretty quick. The tent came down easily, things that need to be cleaned when I get home were not carefully packed and instead just put in the back of the car. Trash was tossed. One of the nice things about car vs. motorcycle camping is the extra space that allows all this.

There was plenty of time to do extra stuff so I drove up Road 25 to Mt. St. Helens. It’s a winding and occasional bumpy road roughly parallel to Iron Creek. Just before the turnout towards the Windy Ridge viewpoint, I passed the trail to Iron Creek Falls. It was still chilly out and I decided against a hike to a waterfall, thinking I might get it later. Instead I headed up into the thinner and higher elevation forest.

Climbing up from the main road, the forest thins and as the road enters the “blast zone” it mostly disappears. 40 years after the eruption, the forest at the edge of the volcano’s blast zone has begun to recover, but the trees are still small and sparse. Climbing up through the zone, the trees get thinner and sparser eventually disappearing almost completely at the Windy Ridge viewpoint.

After two days in the trees, it was great to be up and out in the sun again.

Spirit Lake is, to this day, still choked with floating trees, which are only the small percentage that floated to the surface after the massive landslide that triggered the 1980 eruption. Most, of course, were buried.

Bare trees and fallen trunks are everywhere, always pointed away from the mountain. But signs of life are creeping back slowly. The upper reaches of the mountain will take centuries to return to their former green state, but lower down, the pumice and ash is being slowly broken down and turned into more useful soil. For now, it’s mostly smaller plants, but the trees will follow. Probably not in my lifetime, but they will.

There isn’t much else to do up there and it lives up to the “windy” name, so I started making my way back down.

I took the slower route on Forest Road 26, which meant skipping Iron Creek Falls. It’s a narrow winding road, unpaved in sections, that works its way down through forest that thickens as the road descends. It’s a slightly more direct route, so it didn’t take that much longer than the trip up despite the slower speed. I ended up pretty much where I started.

From there, I followed the same road back around Mt. Rainier. Weather was a bit cloudier than on the trip down, so there were fewer mountain views. I made it home for dinner.