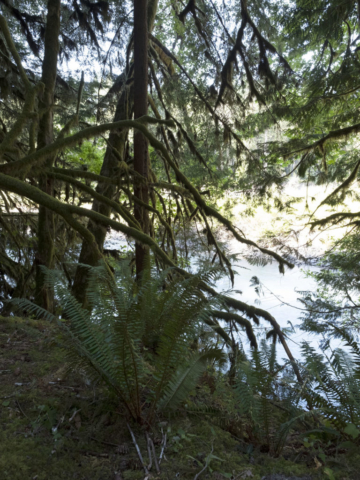 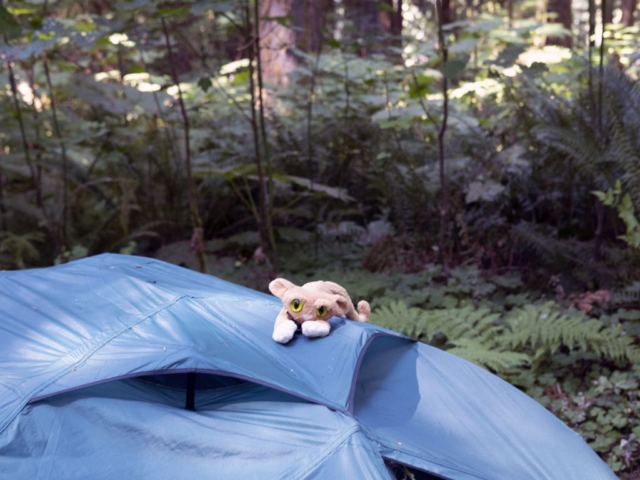 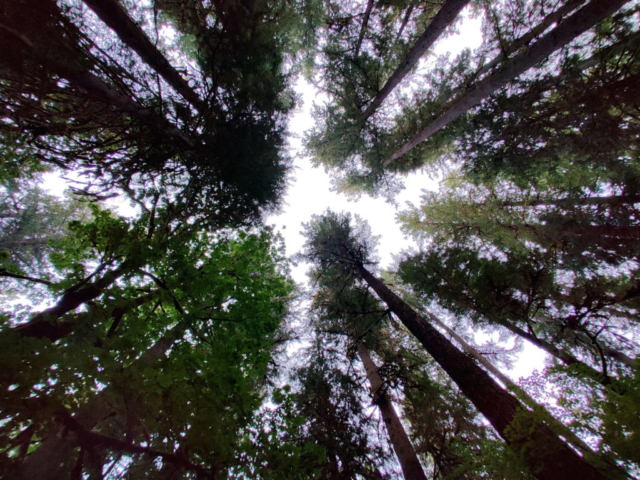 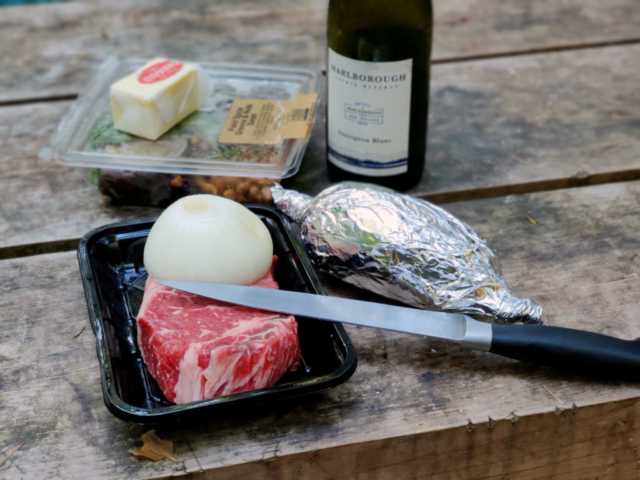 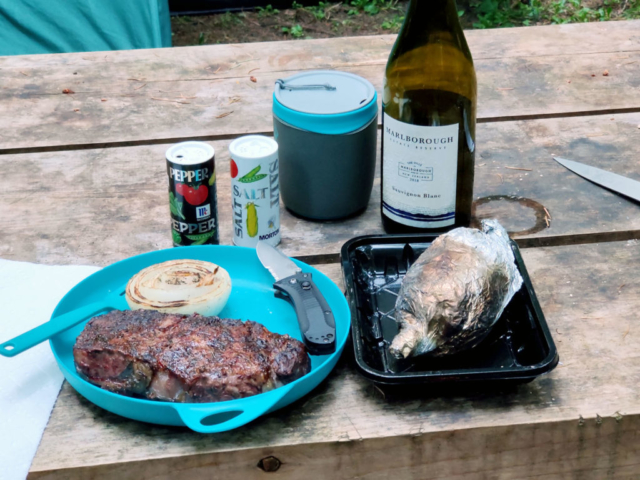 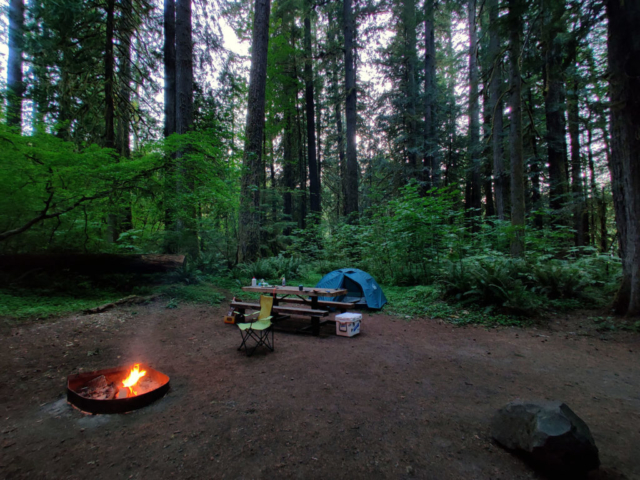 I woke up mid-morning, later than I usually would when camping. The heavily wooded campsite kept the light off the tent until at least 9am. No complaints.

My portable shower (another good investment) made washing up fairly easy, though the lack of sun meant the water was cold. Also, I discovered that deep beneath the ashes of the campfire there were still some warm coals that sprang back to life when I uncovered them. Not much, but enough to toast a bagel, which made for a nicer breakfast than I had planned.

The night before I didn’t have a chance to find much more than the closest water and bathroom, so it was time to head out to explore the environs. In theory the riverfront trail that loops around the campground continues up-river towards where the Cispus meets Iron Creek. In practice the trail is overgrown and unmaintained. I turned back and tried to find other options for locating the creek.

You can approach Iron Creek by road, but there’s no really good way down to it. It seems that the name of the campground is theoretical, or perhaps a throwback to when the trails were better maintained with access. I also discovered that the major feature of Iron Creek — the Iron Creek Falls — is in fact well up the road, closer to Mt. St. Helens. It’s only a 5 minute hike to the falls, as the guidebook says, but it’s a hike that starts at the end of a 25 minute drive.

I wandered back, had lunch and wandered down-river this time, eventually meeting up with the main road and the bridge that I crossed last night. Finally, I wandered back to the campsite, took some pictures, and noticed to my chagrin that I had left a couple of minor camera bits back in Seattle without which long-exposures were impossible. I eventually settled in by the river with a bag of fresh cherries, a bottle of water and more reading about the end of everything.

Which brought me to dinner.

There was another steak (NY Sirloin) in the cooler, another potato and the other half of the onion. Also more wine, another salad and some peaches for dessert.

When done, I tossed all remaining “logs” onto the fire and watched it burn as I read. I finished earlier than the first night, so could also watch the sky slowly fade to dark through the trees and then see the stars emerge.

I mostly did nothing. A successful day.