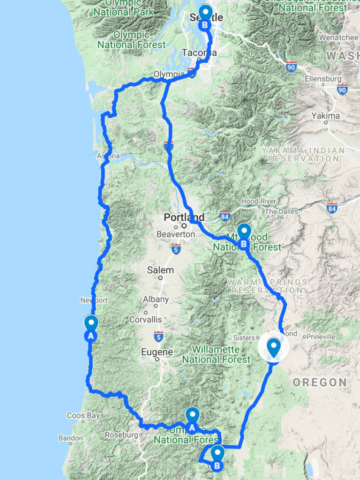 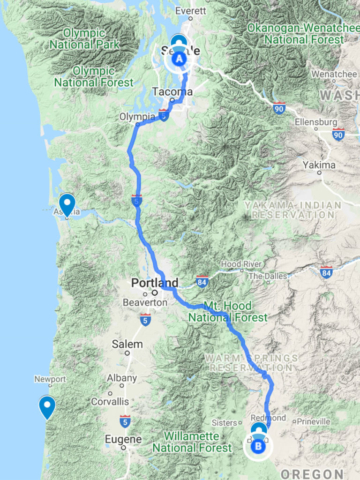 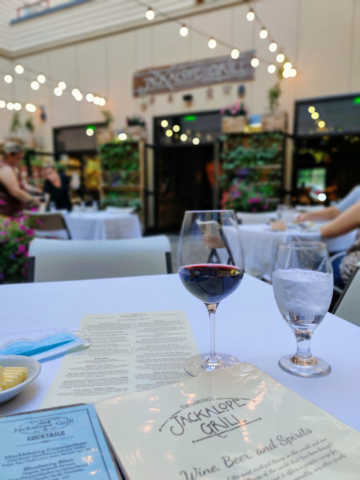 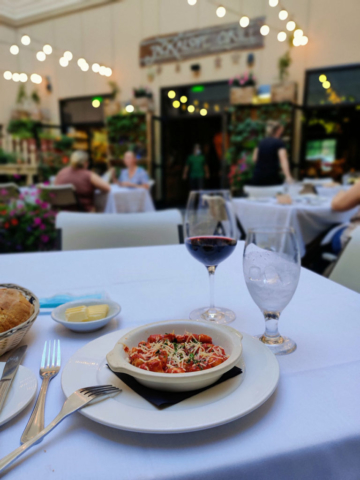 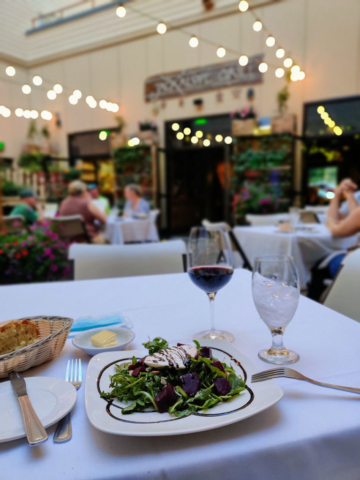 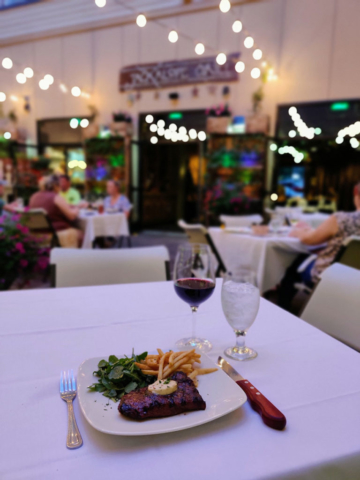 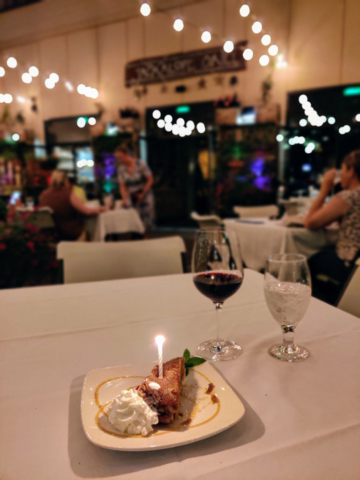 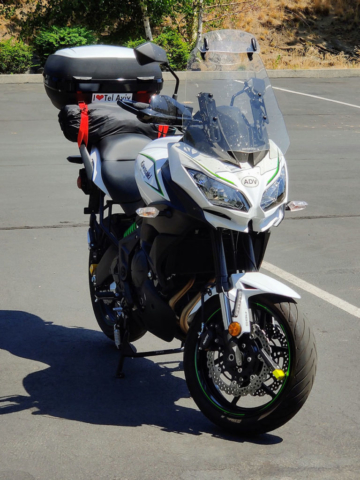 I took four days to celebrate my birthday.

A late departure started the day, heading towards Bend. I hadn’t finished packing the night before and it took a bit longer than I had hoped to get organized. I also got pinged from work for a last-minute urgent matter which delayed things a bit further. After turning off my phone and loading the side-cases, I finally got on the bike about 11am, with a dinner reservation in Bend at 7:30.

Per Google, it should have been a five and a half hour ride. Adding an hour for stops, I should have had plenty of time. But Google didn’t allow for the construction in the Tacoma/Olympia area, nor for the large number of slow RVs on the road once I was off the freeway east of Portland.

Sadly, that meant little time for enjoying the mountain roads around Mt. Hood. I kept going fairly straight, dodging RVs and miscelleneous ancient vehicles trying to haul weights they aren’t capable of hauling. As a motorcycle rider, I’ve become particularly attuned to the various types of fumes these old and overloaded vehicles leave behind them. I really wanted to be inhaling pine, not burned oil.

[And seriously, I don’t care how “cool” you think your early-80s right-hand drive Toyota Landcruiser or Mitsubishi Delica is, if you can’t go uphill with whatever load you’re trying to carry without leaving a huge plume of blue smoke behind you, you shouldn’t be on the road.]

On to Bend and dinner

Mt. Hood yielded to the interior hot and dry plain, and with it a lot of strong crosswinds. I’ve got the windscreen fairly well dialed in at this point, so the wind-blast wasn’t too bad. I made good time heading south on highway 97, passing through Warm Springs, Madras and Redmond with only a quick stop for fuel.

I made it to Bend with little time ahead of my dinner reservation. Checked in to the hotel and walked over to The Jackalope Grill, owned by old friends from my days of skiing in Utah. They had run the Shallow Shaft restaurant at Alta for many years and moved to Bend over 20 years ago. I’ve never visited and it was time.

Dinner was fantastic. A few variations on old favorites I remember from Tim’s time in Utah. a few new things. It was my birthday so I allowed myself two glasses of good wine (above my normal limit these days) and a full course of appetizer, salad, dinner and dessert. I sat in the restaurant courtyard which is a wonderful space Kathy has set up.

I took my time, then walked along the river back to my motel. A long, but satisfying day. Next time I need to remember to shut off my phone the night before and do a better job of packing.

Day 2: Goofing off in Bend 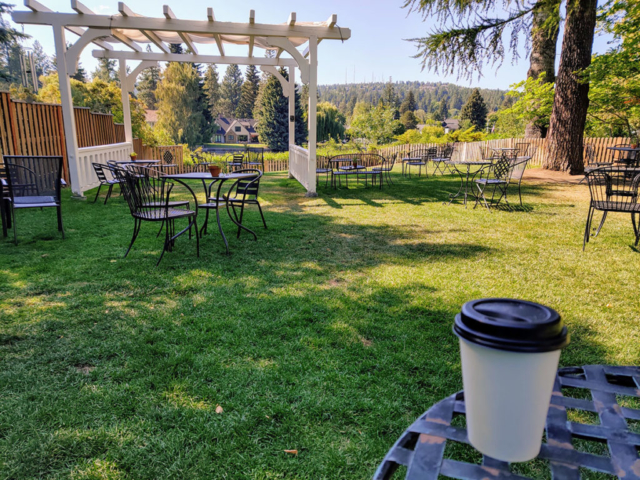 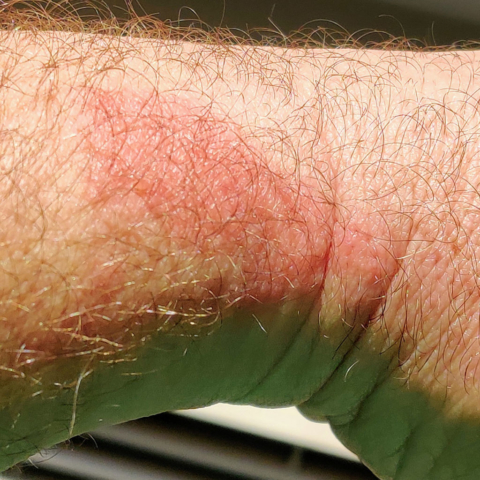 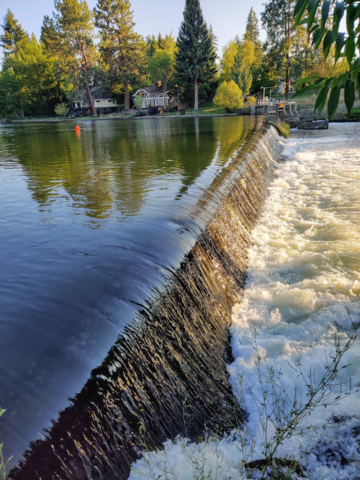 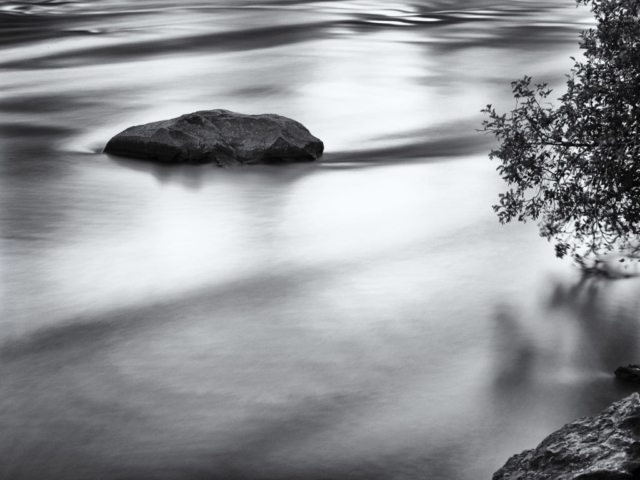 My plan was to spend my second day taking a leisurely ride down to Crater Lake, then to a campsite on the Umpqua River. I didn’t.

Instead I woke up to an odd itching triangular rash on the insides of both wrists. I suspected it had something to do with my gloves but couldn’t quite figure it out. Some kind of chafing from the inner seams? Dermatitis related to the old gloves breaking down in some way? Sunburn from a patch of mesh in the gloves that might have let enough direct sunlight through? I wasn’t sure, but I didn’t want to put the gloves on again until I figured it out.

I was also tired. The first day’s long ride with few breaks was a bit hard and in retrospect I didn’t drink enough water so I was still dehydrated. The big meal and wine didn’t help either.

So I made a command decision to forego my campsite and stay on an extra night. I took my time in the morning, walked over to a diner for a late breakfast, then into the middle of town. Along the way I stopped at a drug store for some cortisone cream and a bandage wrap for my wrist.

I goofed off in Bend. I sat by the Deschutes River and had some tea in the shade. I took some pictures downstream of the small spillway dam at the north end of downtown. It was a nice, relaxing day. After a long ride the day before and a busy work week ahead of my departure, I needed it.

At the end of the day I walked back to my room read a bit, and ordered new lightweight summer riding gloves to replace the old Klim gloves I’ve had for more than four years. They served me well from California to New Zealand to Canada, but I think they’re done.