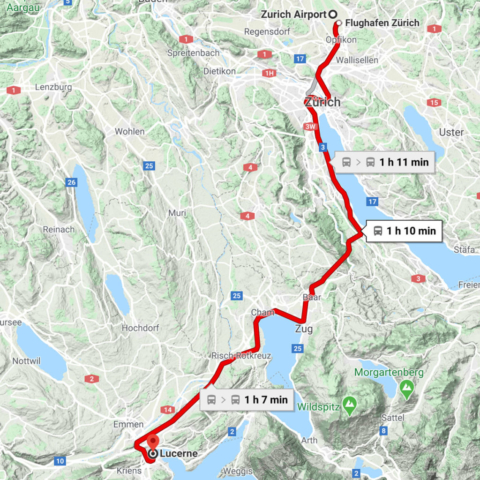 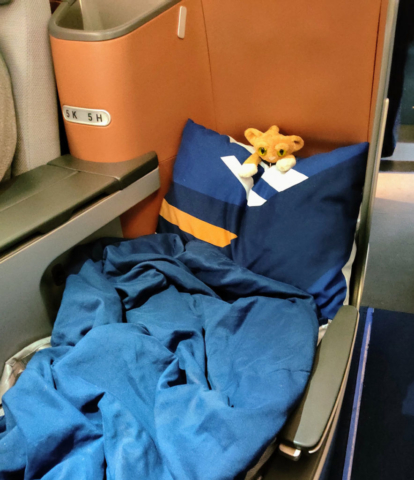 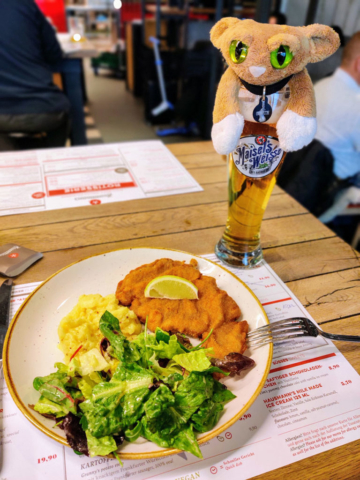 My brother Jon and I agreed to meet in Europe for a few days ahead of traveling to Israel on a family visit. We both have old friends in Geneva who we wanted to see. He’s living in South America and had some work related reasons to be there, so arrived a few days ahead of me. We met at the Zurich airport, he arriving by train from Vienna, and I by plane from Frankfurt after a long connection from a Seattle flight.

The flight was good. Iran and the US had engaged in some saber-rattling a few days prior, warnings about travel were issued, and my request for an upgrade came through almost immediately after that. I found myself on a somewhat older Lufthansa A330 in a business class seat that had seen better days. Still more comfortable than the premium economy that I paid for, but I would have been really pissed if I had paid full rate for that. My traveling companion Griffith the Traveling Mountain Lion was OK with it and I did sleep much of the way.

In retrospect I should have not done the connecting flight to Zurich because I had to wait about 4 hours for the connection while the train to get there would have been about 3. Short haul flights in Europe are going away fast and given the frequency and speed of available rail options there’s no surprise. So, after flying overnight, spending half a day at the airport and then being crammed into a commuter jet for an hour, I arrived at a near-abandoned Zurich airport tired and a bit creaky.

From the plane to the train

Jon found me quickly and had already figured out the trains. We hopped on the first direct train from the airport to Lucerne, where our “real” journey on the Golden Pass Line was set to start the following day. A nice, quick and comfortable Swiss express train along the lake front south of Zurich, then through the tunnel to Zug and past the large biotech hub on the lakefront there. Finally a short leg into Lucerne, where our hotel was only a few minutes walk from the train station.

After a quick rest and shower we headed out for dinner and see the light show that is apparently an attraction during this very slow shoulder season. The light show was OK, the pizza excellent, and the walk very nice. We also found chocolate cats in one window. And lots of watch shops. I mean, everywhere.

I was pretty well done after dinner. We walked back along the river and crossed over to get back to our hotel. Jon was a bit tired too, so we called it quits early.