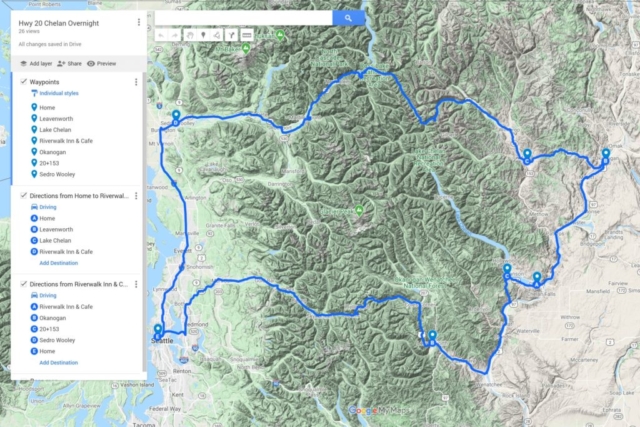 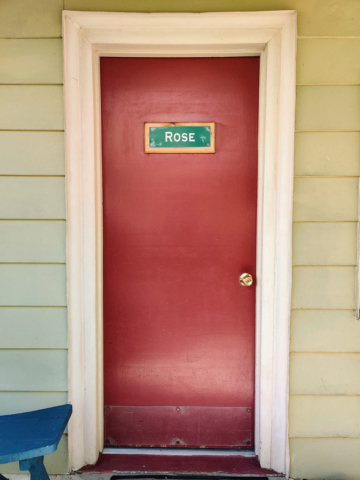 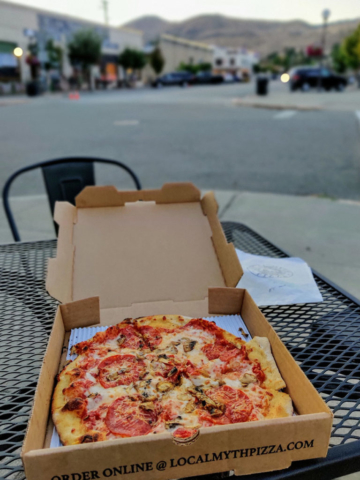 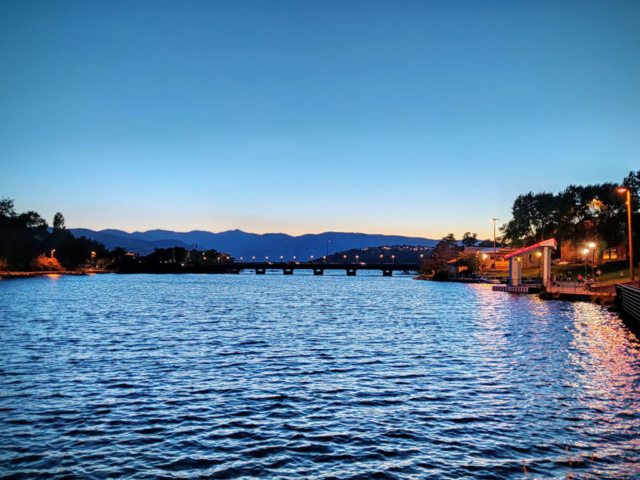 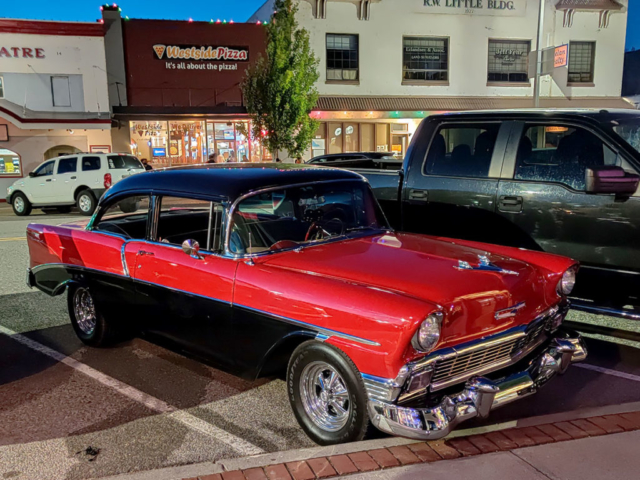 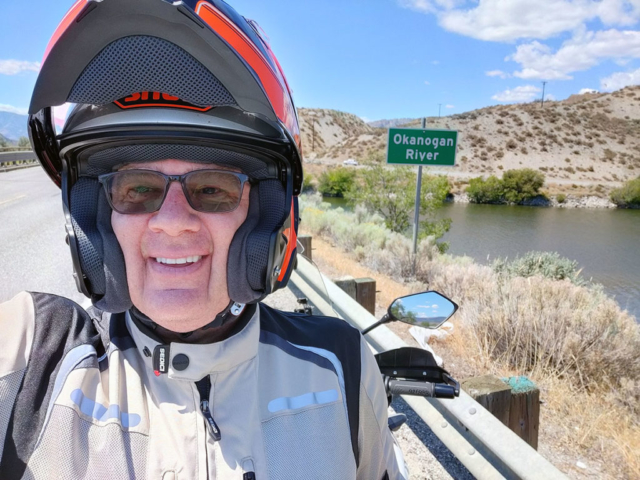 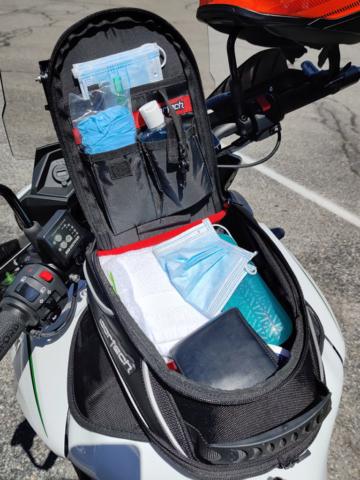 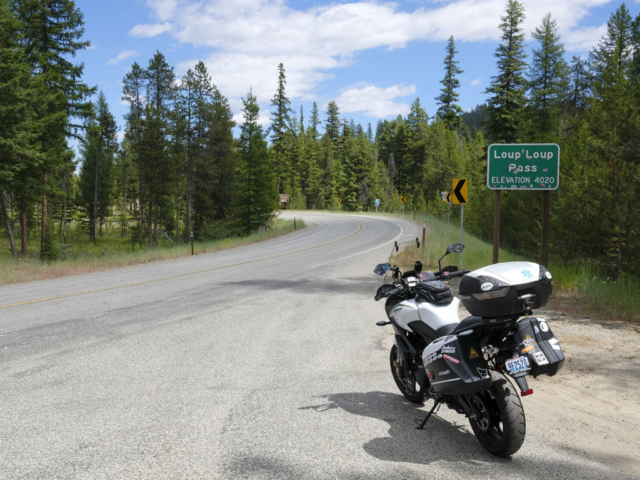 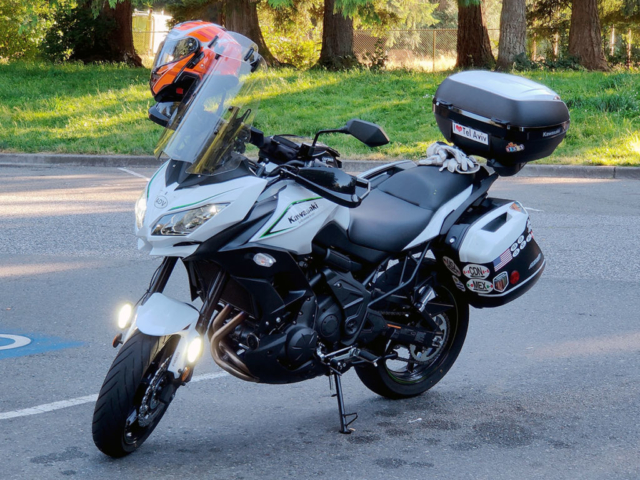 It’s been a while since I’ve been away. Not that I haven’t tried, but the circumstances around the world haven’t allowed for much. Since my vacation in late January I’ve been home and work-bound in Seattle. I guess I can’t complain much about having work, even if at times I’m a bit overworked. But I was really itching to get away. Last week I took Friday off and made a last-minute escape.

Highway 20, aka the North Cascades Highway, through the North Cascades National Park has been open since late April. I missed riding it last year and wanted to get it in. It’s a really long loop for a one-day trip if I wanted to stop and enjoy myself, so I decided on an overnight.

A midway stopping point on my route would be somewhere around Okanogan, but there isn’t much there. I’m missing a handful of camping items so that was not an immediate possibility either. Lake Chelan looked like the best bet and I was able to get a room at the last minute.

Adjust with the weather

The first change of plans happenned before departure. I had planned on leaving early Friday, taking Highway 20 across the Cascades, then returning on Saturday on the faster but less interesting Highway 2. Friday I woke up to gloomy weather with some reports of sprinkles in the mountains. I decided I’d delay my departure a bit to allow for the expected clearing and reverse direction so as to do the shorter leg on the way out.

Highway 2 was fun, along the Skykomish River on the way up, over Stevens Pass then along the Wenatchee on the way down the other side to the Columbia. Crossing over the pass the cloud cover disappeared, temperatures increased significantly and I began to feel much better about the ride. I passed through the traffic-jam inducing faux-Bavarian “village” of Leavenworth, which struck me as a typically tacky tourist trap and largely devoid of anything resembling social distancing. I would find that lack of responsibility to be the case along the trip.

When 2 meets 97A at the Columbia River I headed north, eventually branching off onto 971 which made for a slightly more interesting, if longer route up to Lake Chelan, then along the lake to where I was staying.

I had a room a the Riverwalk Inn where the rooms are named for flowers and spices. Happily ensconced in Rose, with Jasmine, Dahlia, Rosemary, Thyme, etc. Small, reasonably comfortable, not too expensive and the only thing I could get at the last minute so who am I to complain?

I walked along the river towards the lake and had an ice-cream cone. Then watched kids (sans masks of any notion of distancing) illegally jumping off the bridge into the lake. Walked back to my room tired from the ride and took a quick nap.

When I woke up, it was time for dinner, I wandered around a bit and eventually decided to get a take-out pizza from Local Myth Pizza across from the inn. I ate my pizza at a table out in front of the inn and watched the sunlight slowly fade.

I started the day looking for breakfast. The Cafe at the Inn looked very nice, but the menu — even for breakfast — seemed a bit fancy for my taste. I made my way to the supermarket at the other end of town, got a handful of things both for immediate consumption in the parking lot and for the rest of the day, then got on the road. I followed the Columbia north and a bit west to where it meets the Okanogan near Brewster, crossed over and continued north. This is the same river that the Canadians call the Okanagan, emerging from the Lake of that same name. I continued on the east bank of the river to the small town of Okanogan, where I crossed back and joined Highway 20.

Between Okanogan and Twisp, the road crosses some smaller foothills of the Cascades, topping out at about 4000′ at Loup Loup pass. It starts dry and brown, but quickly gives way to green evergreens. It never really cooled down much though. Heading back down on the other side of those hills, you end up at Twisp, where the “main” section of the North Cascades Highway begins (or ends, depending on direction). Traffic increased noticeably and there were a lot more motorcycles. I stopped for a quick lunch.

After Winthrop the road enters the park and national recreation area. I climbed higher into the mountains in bright, hot sun. I’ve been trying a new helmet — a Shoei Neotec II — which has an internal drop-down sunshade rather than using a dark or light-sensitive visor. One downside to this is that the heat isn’t really blocked as well. I eventually realized that removing the fabric seal under the chin increased ventilation significantly but it still was less comfortable than my other helmet, the one with the photochromic darkening visor. I think this one will be better in cooler weather, but going to adjust for summer temps.

After crossing Washington Pass I encountered somewhat the opposite of yesterday’s experience. Temperatures dropped off and I picked up a strong breeze that was often sideways through the canyon as I descended. The sun stayed up and bright though, with none of the first day’s cloud cover. I passed by the three Seattle City Light dams and down through to Sedro-Wooley where I stopped for a break at a Starbucks near the interstate.

From there it was a pretty uneventful hour long ride home in light traffic.

Reminder to skip the tourist traps

And get a new seat

Chelan is a bit of a resorty tourist town that I didn’t find all that compelling. Nothing wrong with it if that’s your thing, but it’s wrong for me. Can’t complain too much given the short notice I had to plan, but next time I’d do something else. Places like Leavenworth and even Withrop (just outside the National Park) just leave me cold. Next trip will involve more camping and less towns.

I have finally gotten the windscreen on this bike set up reasonably well to keep me both free of noisy wind-blast and reasonably ventilated. The seat has go to go though. This isn’t surprising and I’ve got a Seat Concepts cushion and cover on order. Hopefully it’ll arrive before my next longer trip.